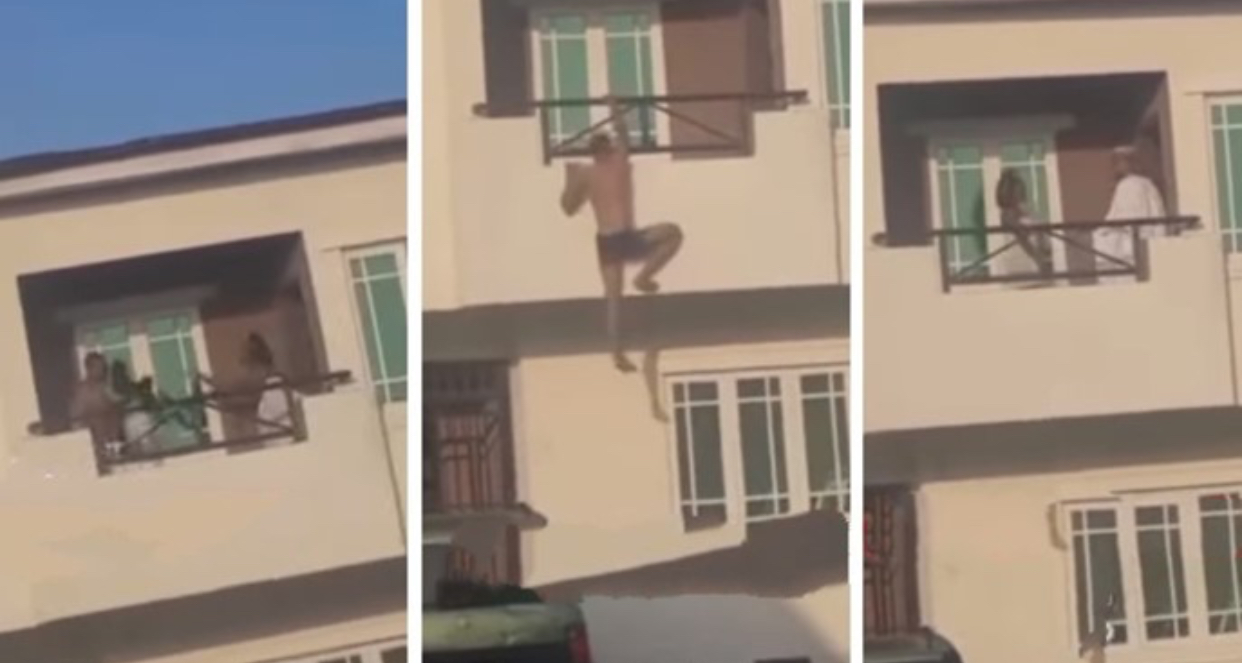 A young Nigerian man narrowly escaped being caught by the husband of a woman he was having affair with in their matrimonial home.

The married woman had invited him to their house in Lekki, Lagos state, when her husband went out but he returned without notification and the loverboy was forced to escape through the back verandah.

A neighbour captured the moment he was semi nude and she gave him his clothes for him to flee before her hubby nabs him.

He could be seen jumping down from the building and landing on the ground where he picked up his clothes and began a sprint.

As though the married man suspected his wife was hiding something, he went to the back to check if there was anything or anyone there.

According to the neighbour, the housewife often brings men home whenever her husband is not around.

“I don’t care what anybody says, Davido is one of the greatest artistes in the world” – Tory Lanez eulogizes singer