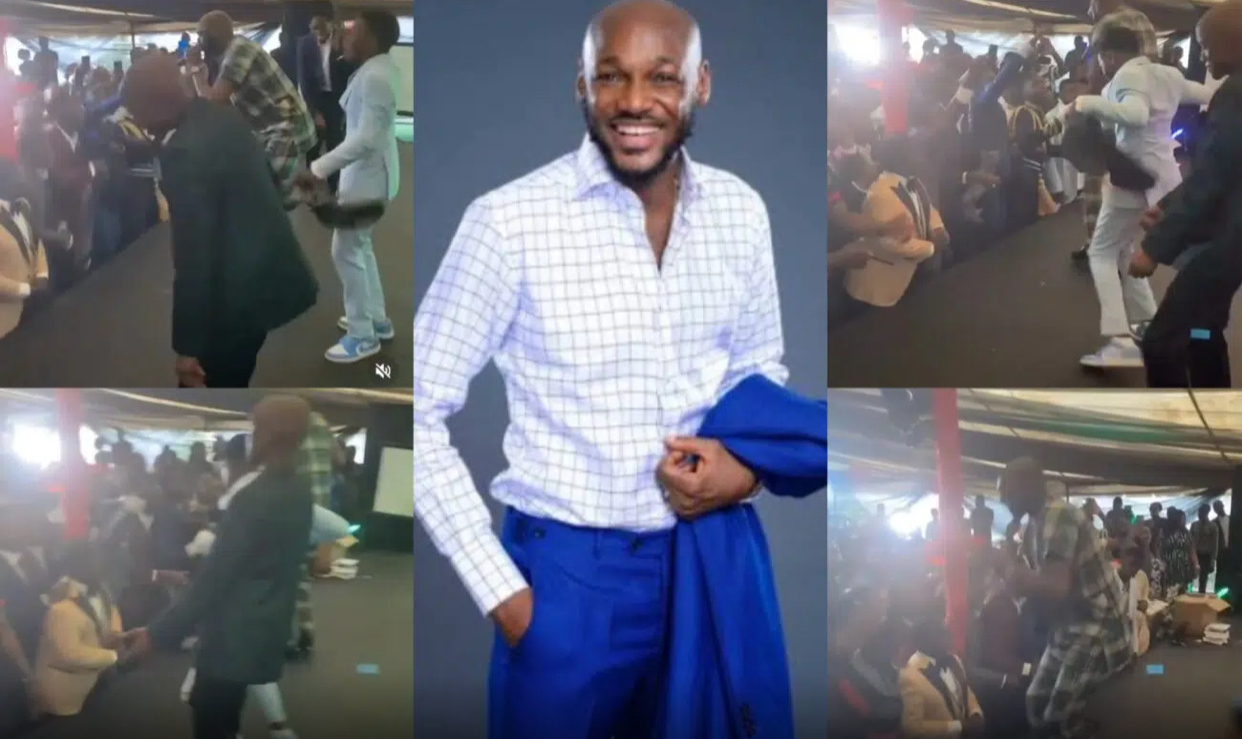 Legendary singer Innocent Idibia, also known as 2face or 2baba Idibia, has made his son, Nino, proud with an outstanding performance at his school’s final year party.

The singer’s 16-year-old son he had with Sunmbo Adeoye was overjoyed that his father warmed the hearts of his colleagues at his prom party.

Some days ago, 2face had been absent at Nino’s induction party; however, his presence served as a makeover at the school party.

“Why do some men set such boundaries?” –…

Mum shares video of little daughter’s reaction as she…

In a video making rounds on social media, the graduating students were thrilled as they danced to the performance of the veteran singer.

In other news; A young Nigerian man simply known as Lawson, has celebrated flying out of the country in search of greener pastures in a new land.

‘Boys no near my house’ – Yul Edochie warns as he flaunts 17-year-old daughter, Danielle