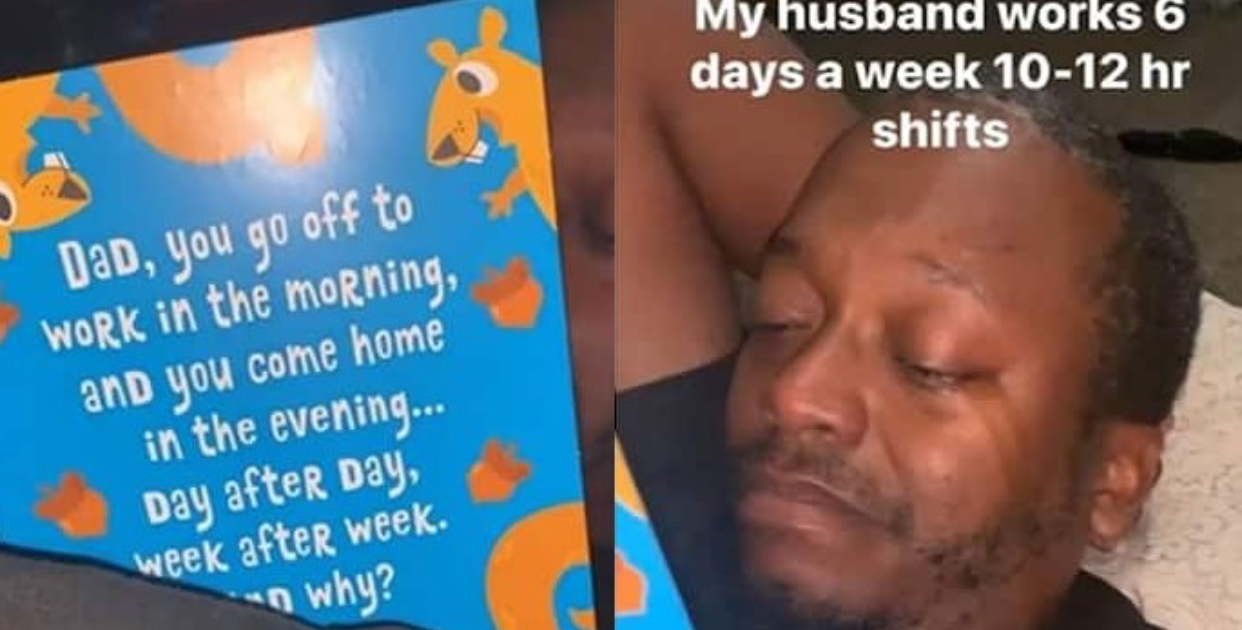 A man was captured crying after his children decided to show their appreciation for how hard he works to provide for them.

In a viral video, the kids gave him a card with heartfelt words written on it to thank him for working tirelessly to provide.

While reading the note and lying on the bed, he became visibly emotional and began crying.

Nigerian woman gives birth to twins after 16 years of…

Mother of 4 ties up her children to celebrate Christmas… The note on the card suggested that his children were wondering why their father worked day after day, leaving early in the morning and returning late at night.

His wife revealed that he works six days a week in shifts ranging from 10 to 12 hours.

“Dad, you go off to work in the morning and you come home in the evening day after day, week after week. Dad why?” it read.

In reaction, @22onyx said: “All we need is a card … mother’s want breakfast lunch and dinner plus gifts on Mother’s Day.”

@sportmike66: “I know that feeling it’s something that lets a man know that all the sacrifices he’s making for his family does not go unnoticed.”