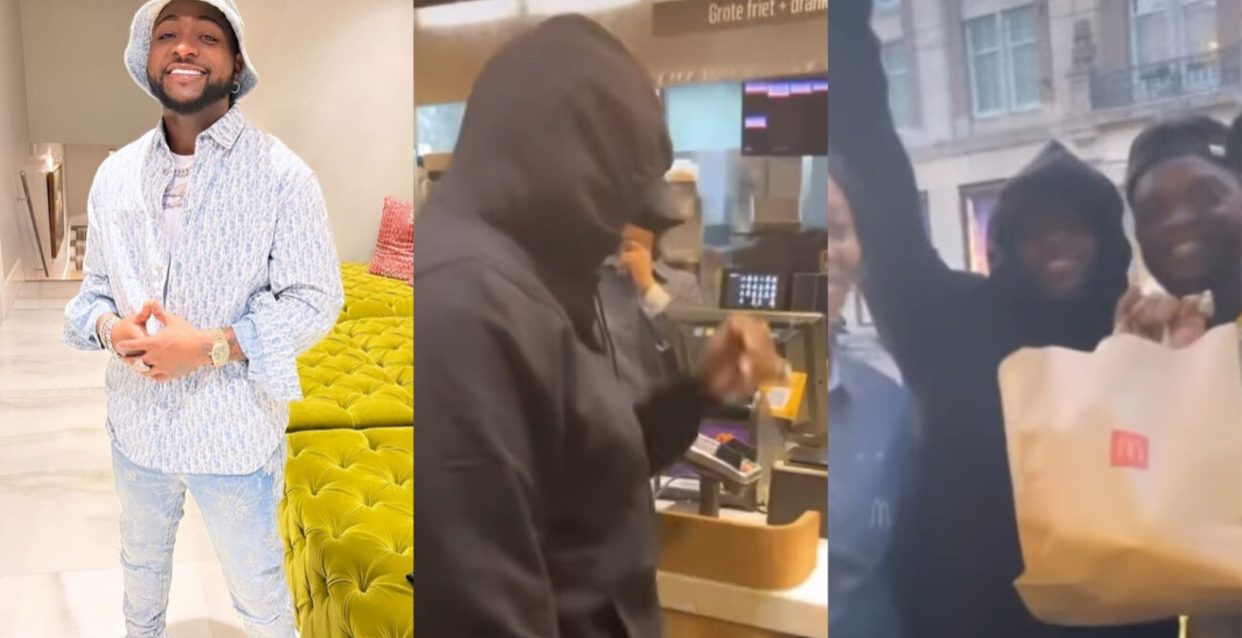 David Adeleke, better known as Davido, an award-winning pop star, has left his fans overjoyed as he pulls up a stint.

The singer, who is currently in Amsterdam, had to disguise himself in order to avoid paparazzi and fans.

Davido’s lawyer, Prince Bobo Ajudua, stated that the singer became hungry early in the morning and that only McDonald’s was available to take his call.

Despite keeping a low profile and disguising himself, Davido was surprised when some of his devoted fans recognized him.

The video, which is fast making rounds, has since melted hearts.

“Disguising because hunger at 5:37am. Only McDonalds picked the call @davido.

Lmao if your burger is delayed at McDonalds in central Amsterdam rn. This is why @davido. They’ve all abandoned kitchen”.

Davido tried to disguise himself at a McDonald’s in Amsterdam & the coworkers still recognized him 😂❤️ pic.twitter.com/ICrmoDUhy6 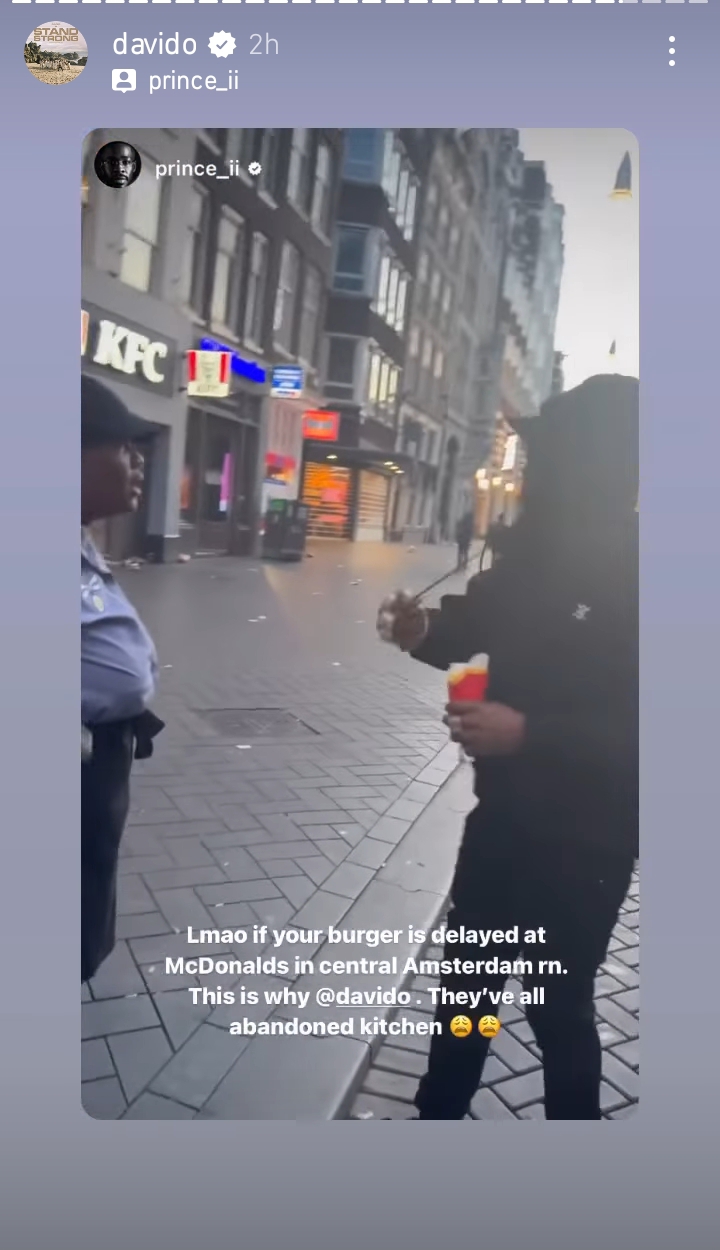 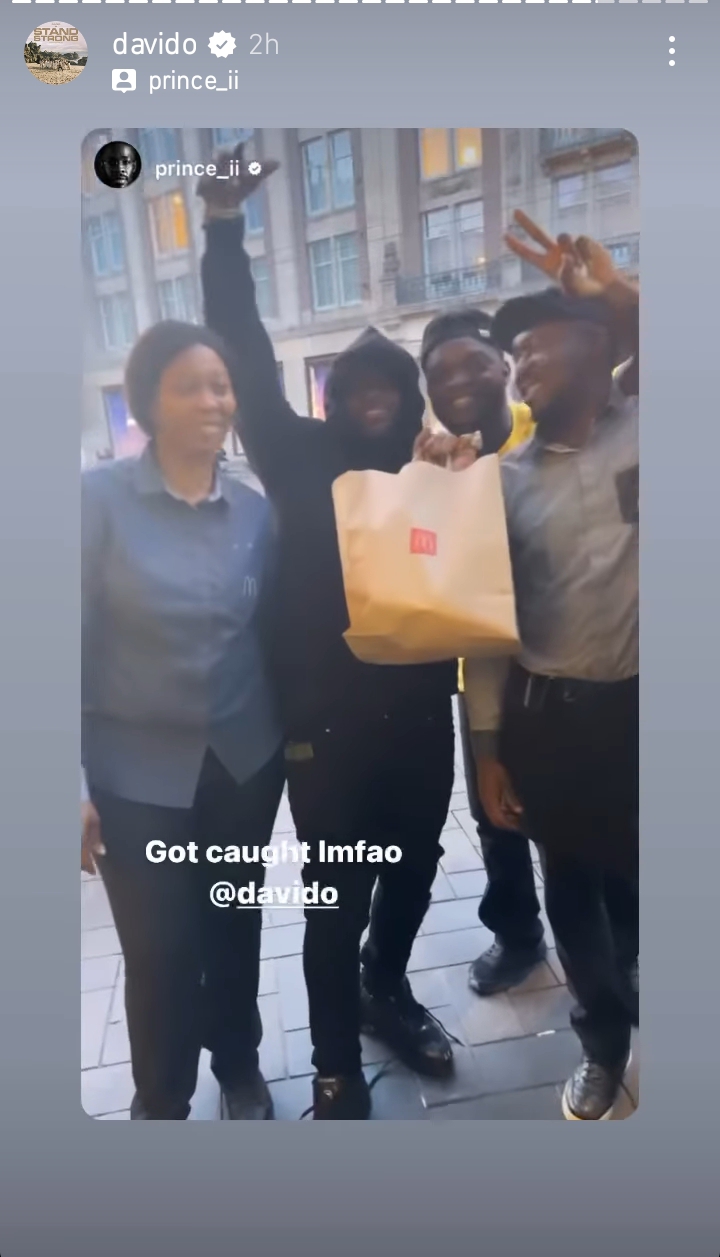 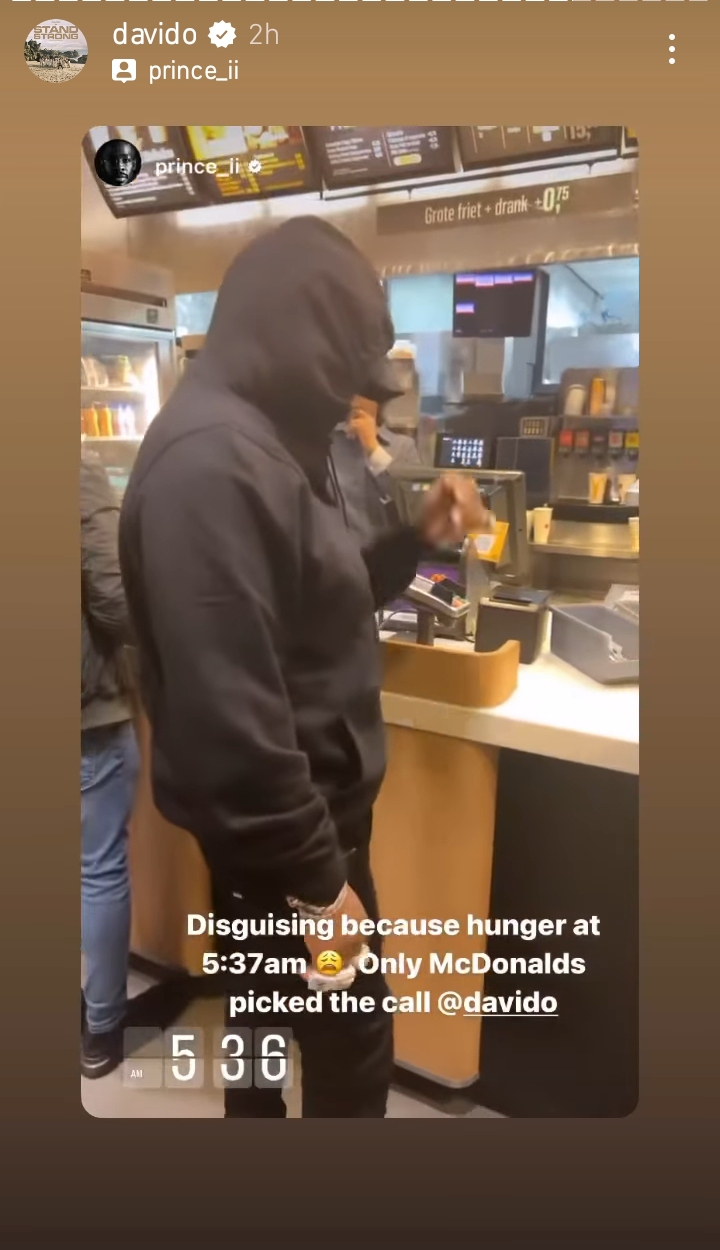