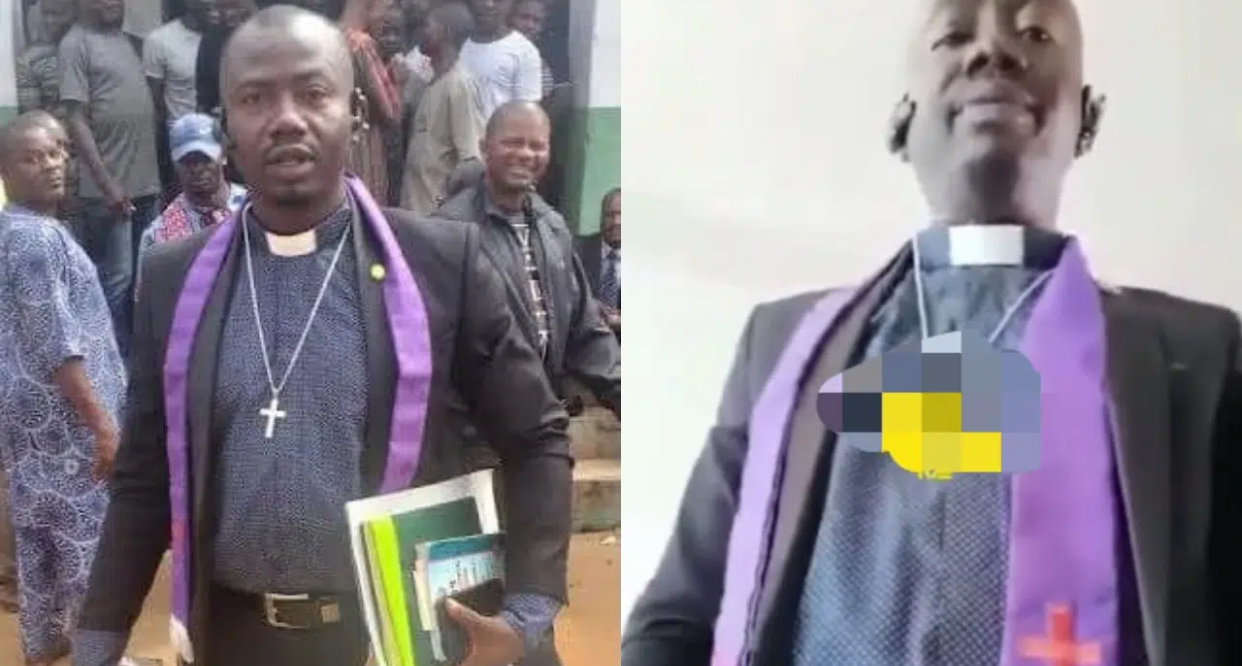 Ogbachalu Goshen, a lawyer, has stunned many by appearing in a priest robe before the Okpoko Magistrate Court in the Ogbaru Local Government Area of Anambra State.

The magistrate, CB Mbaegbu, refused to hear him because he was not dressed properly, resulting in a minor incident in court.

In response, Goshen disagreed with the magistrate, citing a recent Supreme Court decision that supported female students wearing the hijab in public schools as an example.

The lawyer also reminded the court that it was his right and that the court’s objection violated his fundamental human right.

The magistrate, on the other hand, disagreed, forcing the court to dismiss.

In other news; A Chinese dad has broken down in tears after his ward scored a saddening 6/100 on a math exam.

According to reports, the father had taken out his time to tutor his son in maths for an upcoming exam.

The father had received the result only for him to be heartbroken by what he saw, breaking down in tears.