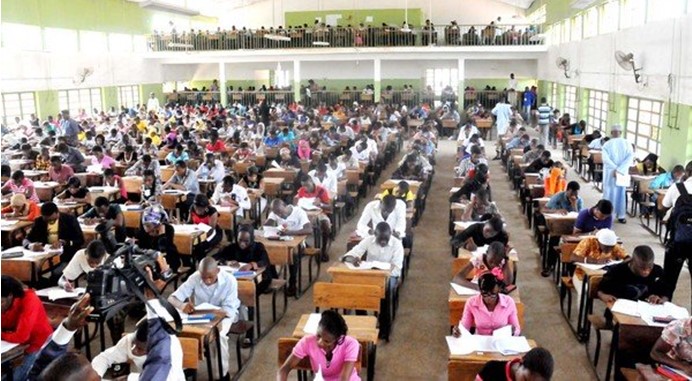 A shocking account of a man’s life spiraling out of control after helping his girlfriend write her university exam has been recounted by a Nigerian man.

A student who had decided to write his girlfriend’s university exam was caught by a  lecturer who knew the final-year student but didn’t expel him.

In order to punish him for his behavior, he made sure to fail him in two classes while his girlfriend received a degree.

“Make I just hear pim from any soldier” – Reactions as…

The Twitter user who recounted the story revealed that his friend had bagged two extra years and wasn’t able to pass the course, thus making him stay in school longer than anticipated.

His girlfriend eventually completed NYSC, got married, and spent her honeymoon in the Seychelles while her ex-boyfriend was still battling to earn a degree.

“One of my university mate risked it all to write exam for his then gf, he was caught by a lecturer he was close to.

He was in his final yr & so the lecturer didn’t want him expelled, the lecturer punished him by deliberately failing him in 2 of his own courses.

My guy couldn’t pass the courses & had 2 extra yrs.

He was still in sch when the gf left for service.

He was still in that same sch when the gf told him that she was getting married.

He was still in the same sch, she got married & had her honeymoon in Seychelles.