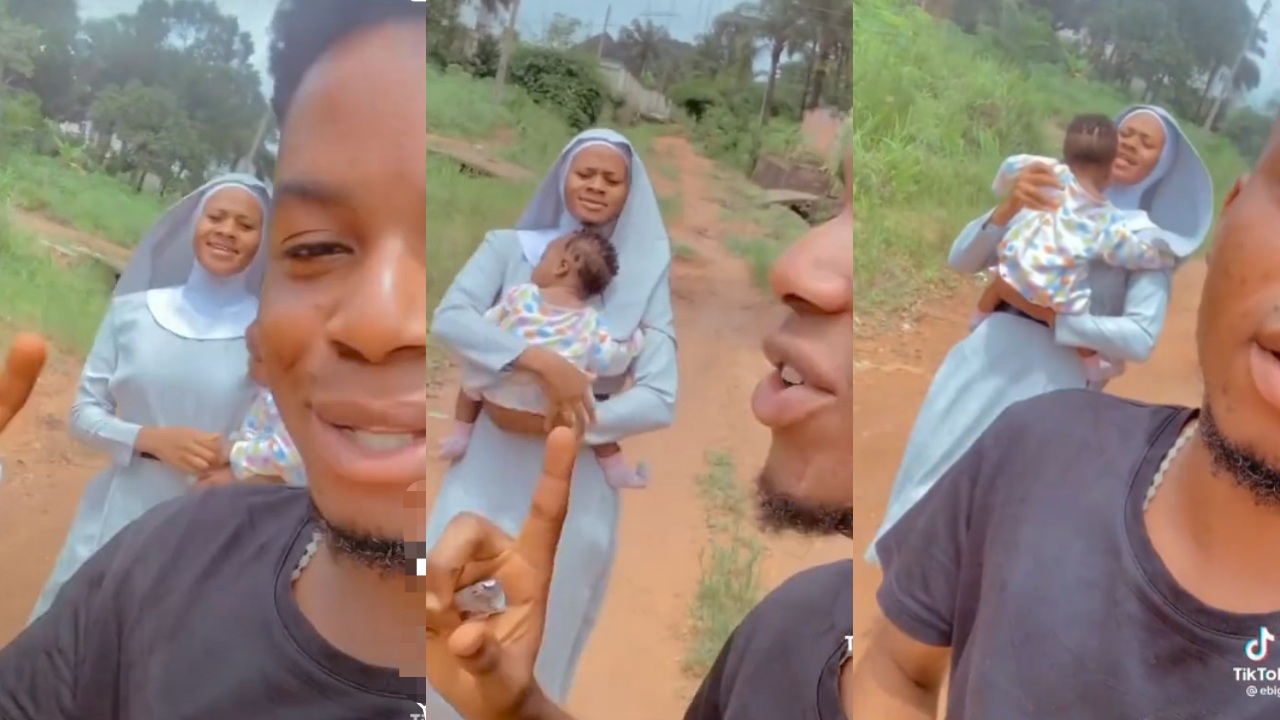 The man who had ostensibly visited his sister insisted on making a video of her to show off to the world.

In the viral video, his sister who is a Catholic nun could be seen immaculately dressed in her nun attire while clutching a baby in her arms.

The young man praised his sister’s beautiful features while he added that God is enjoying.

unnstudentz wrote: “Buh are most of these priests and sisters so fine”