“I don’t respect the dead, Ada Ameh was a bully who terrorized me” Kemi Olunloyo continues to drag late actress 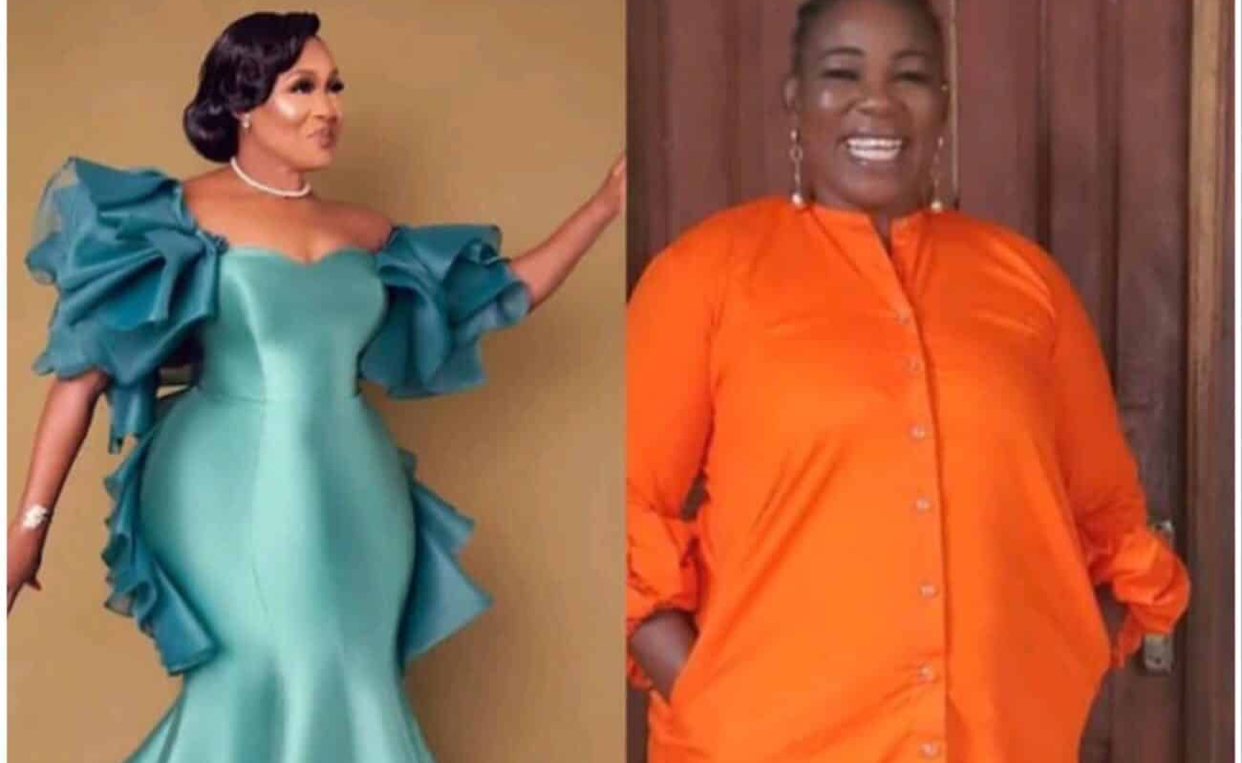 TheinfoNG reported a few days ago that Kemi Olunloyo’s feud with Ada Ameh had been reopened.

Kemi Olunloyo and Ada Ameh had a public feud in December 2021 over the death of Sylvester Omoroni.

Ada Ameh slammed Olunloyo for claiming Sylvester was willing to join the school cult group, adding that he agreed to be beaten and drink engine oil.

Sylvester Oromoni, according to Kemi Olunloyo, willingly told the students that he had seen his sister’s privates. She also made a comparison between boarding school and Big Brother Naija.

However, Following the death of Ada Ameh, Kemi Olunloyo had taken a walked down memory lane on their beef.

Kemi Olunloyo noted how she had received several threats following her discord with Ada Ameh.

Now, Ada Ameh was dead and she, Kemi Olunloyo was no longer practicing journalism in Nigeria.

She advised people to live a good life, and never take anyone for face value.

In a new update, Kemi Olunloyo berated the deceased for bullying her.

Kemi Olunloyo revealed that she had investigated Ada Ameh’s career and media appearance.

She was shocked that the deceased was so full of life and was vibrant on tv. 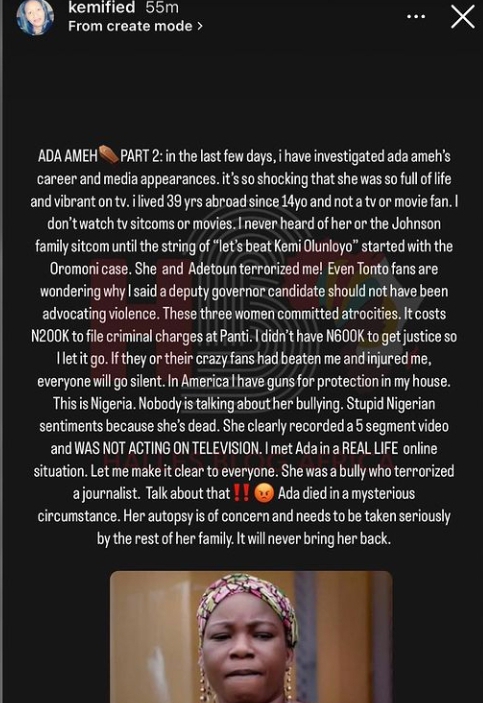