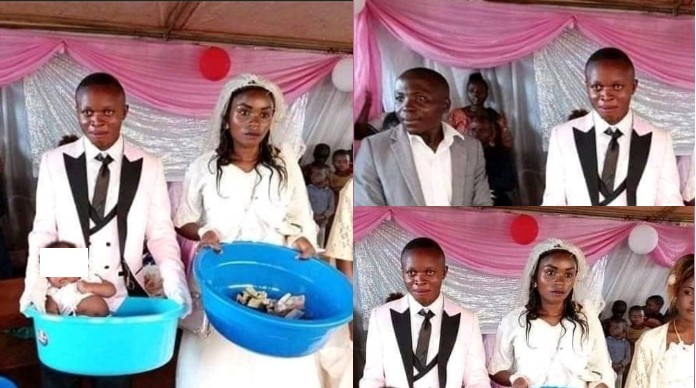 A woman has left many stunned as she does the unthinkable at a chapel in Akwa Ibom state where her ex-lover was getting married to another lady. 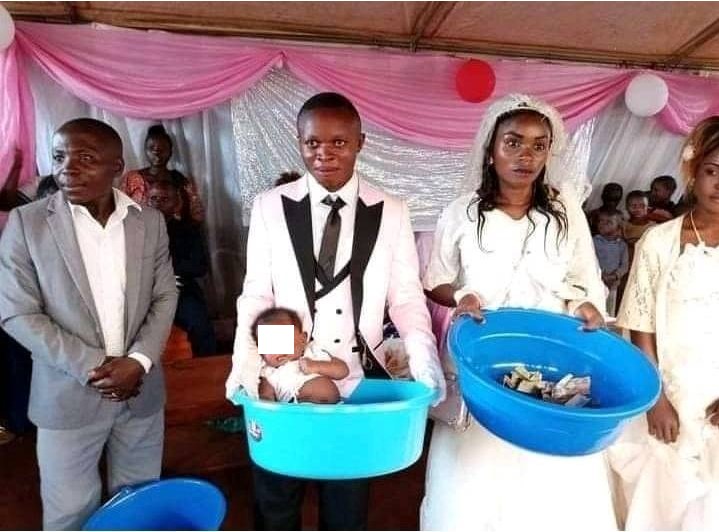 Sampson Etim Usanga and his bride were about to exchange vows at Nkari in the state’s Ini Local Government Area when his ex stormed the church and gave him the child she had for him as a gift.

A picture that recently appeared online shows the man carrying the infant boy as the event was still going on.

Socialite, Pretty Mike storms event accompanied by men and a…

The man’s ex approached them and dumped the boy in the basin the groom was holding during offertory time while the bride and groom were holding basins at the front of the church waiting for guests to drop off their offerings.

Ofonime wrote; ”Proceedings at the wedding ceremony of Mr and Mrs Sampson Etim Usanga were going smoothly at Nkari in Ini Local Government Area of Akwa Ibom State, until offering time when estranged girlfriend of the groom, Comfort Solomon, came out and dropped the baby boy she bore for him in the offering basin.”

wendy_adamma; “As it should be”

wrldprincecharming; “Just when I thought i have seen it all”

i_am_sadeadu; “I shouted Jesus, what a life”

oluadebamowo; “Why did the photographer take the picture? It’s definitely a plan btw him and the ex”

db_naturals_; “It’s so sad… Nothing wey I no go see for this World, worst is how innocent children are the ones that get to suffer for mistakes they know nothing about”

Nigerian man mourns his late fiancée who died one month to…