Man confused after his girlfriend got iPhone 13, N600k from her male bestie on her birthday 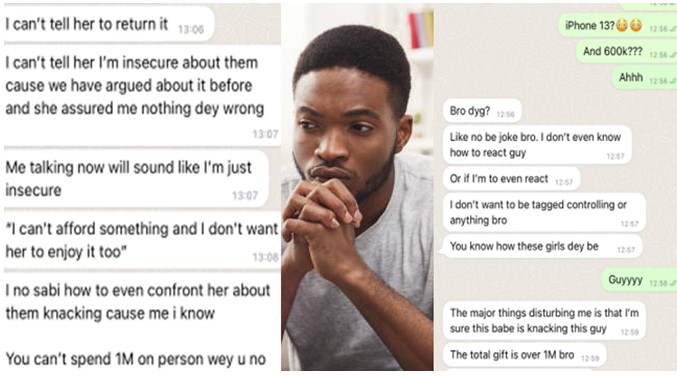 A Nigerian man is in a state of confusion after discovering that his girlfriend received delectable birthday presents from another man. 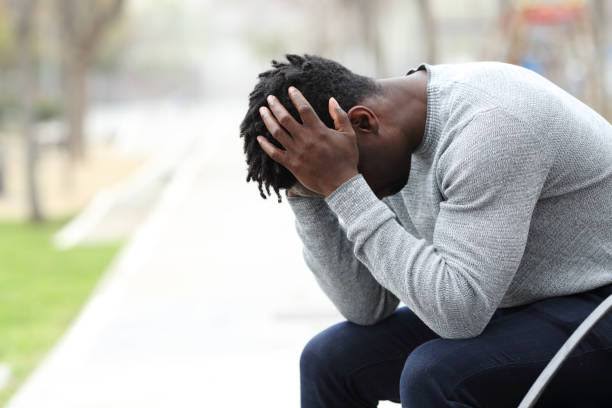 The guy felt inadequate when his girlfriend’s male best friend presented her a new iPhone 13 and the sum of N600,000.

The boyfriend’s pal tweeted about the incident and shared pictures of his friend weeping to him on WhatsApp.

The young man had lamented his inability to provide adequately for his girlfriend and is afraid of losing her by confronting her about the gifts she received from her supposed ‘Bestie’.

Remy wrote; ”So yesterday was my guy’s babe’s birthday and her “best friend” gifted her an iPhone 13 and 600k. My guy doesn’t know how to feel about this/ feels “worthless” 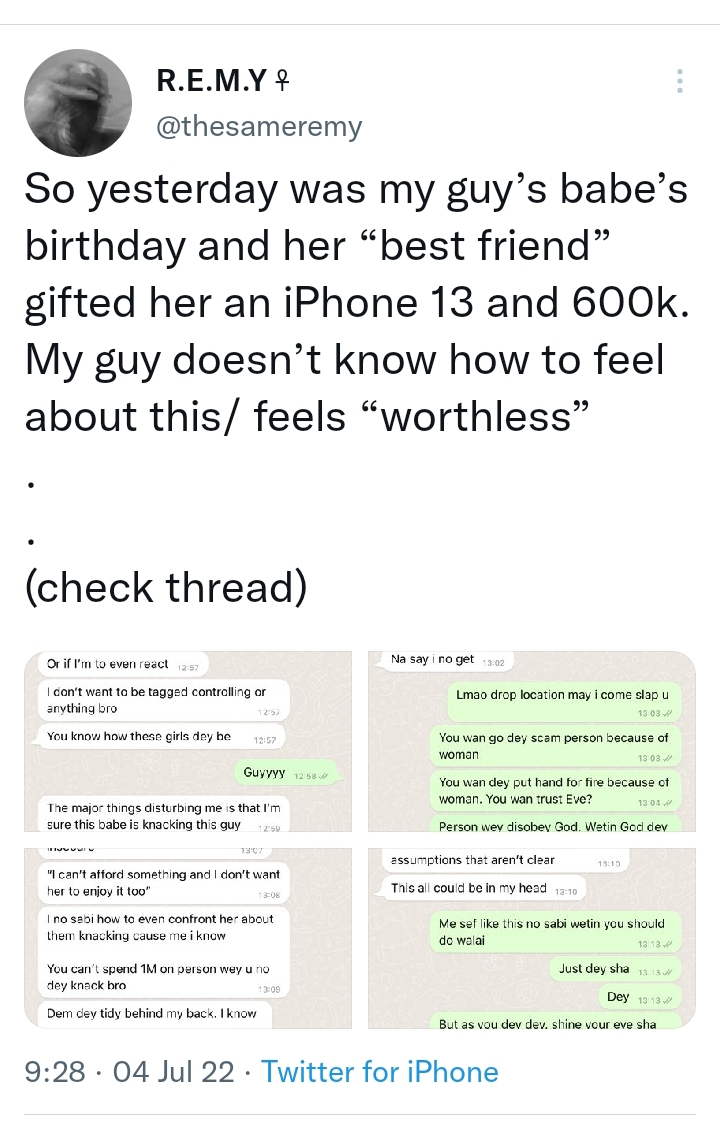 I have been crushing on one of my neighbors – Married woman opens up, seeks advice

Is something wrong with your head? – Davido fumes at overzealous fan who tried to join him on stage (Video)