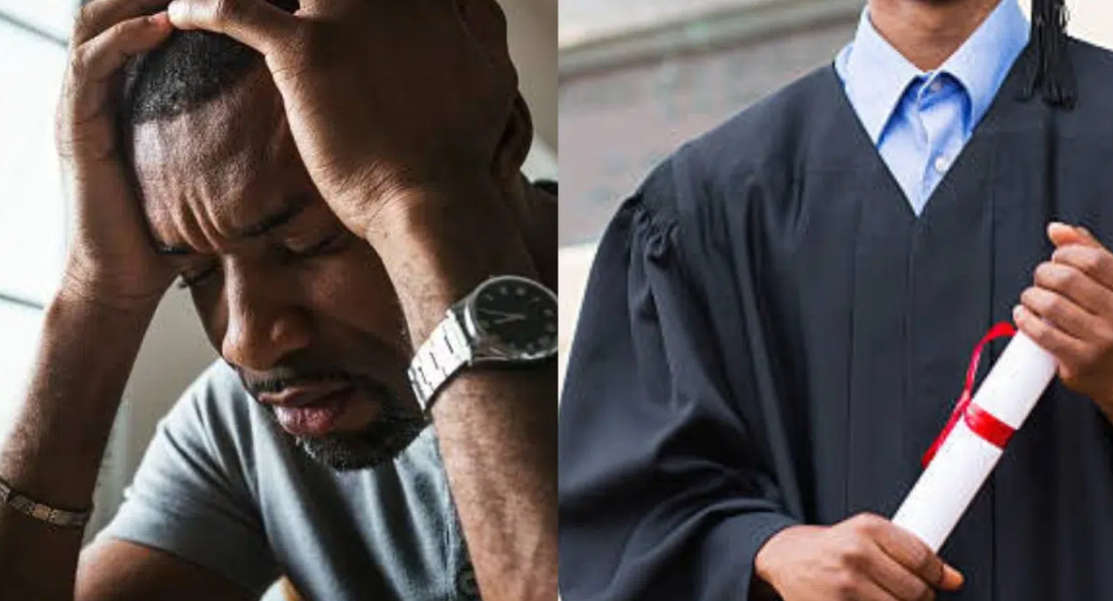 A young man has described how a seemingly bitter incident turned out to be beneficial to him in the long run.

Oyiga Michael, the man, had been saving up his allowance in order to take his girlfriend out on a date.

They were waiting by the road for a shuttle when a car pulled up and the driver began chatting with his girlfriend.

To his surprise, the girlfriend was eagerly answering the motorist’s questions.

They ended up in the man’s car, where he drove them to a restaurant and paid for both of their meals.

After they finished their meals, the man drove them back to the hostel, where he dropped the lady off and collected her phone number; he dropped the guy off at his hostel and squeezed in five thousand naira into his hands.

The guy, after crying about all he has just gone through decided to use the five thousand naira to get himself materials and become serious with his studies.

Read his full narration below:

“I realised I was not ready for a relationship very early in the University. Saved up my allawee planned to take this girl out to a nice evening. We were outside waiting on UNN shuttle and this car pulled up in my very before and started talking to her.. like “Hello Damsel”

She was responding to the man and I was just looking like wetin dey really xup for here. I don’t know what was said but next thing this man took both of us out.

Bought us food at Chitis..

Took us to Old Carol to drink pepper soup.

She was sitted at the front seat with the oga.

I was at the back alone. My phone died so! was staring the car window telling myself ” Guy na you be this “..

This man flexed us.. Brought us back to school.

Dropped her off in her hostel.

Collected her number in my very before.

Took me to my own hostel.

Folding 5k into my hand.

I enter hostel begin cry. All my roommates say wetin xup I tell them say I fail course na why I dey cry

Woke up the next morning. Use the 5k go buy material.

Begin dey serious with my studies.

Both of them got married last month. I attended the wedding. The rice bitter me for mouth.

She’s going to see this. And probably laugh her a*s off

Werey you and ur husband dey crase