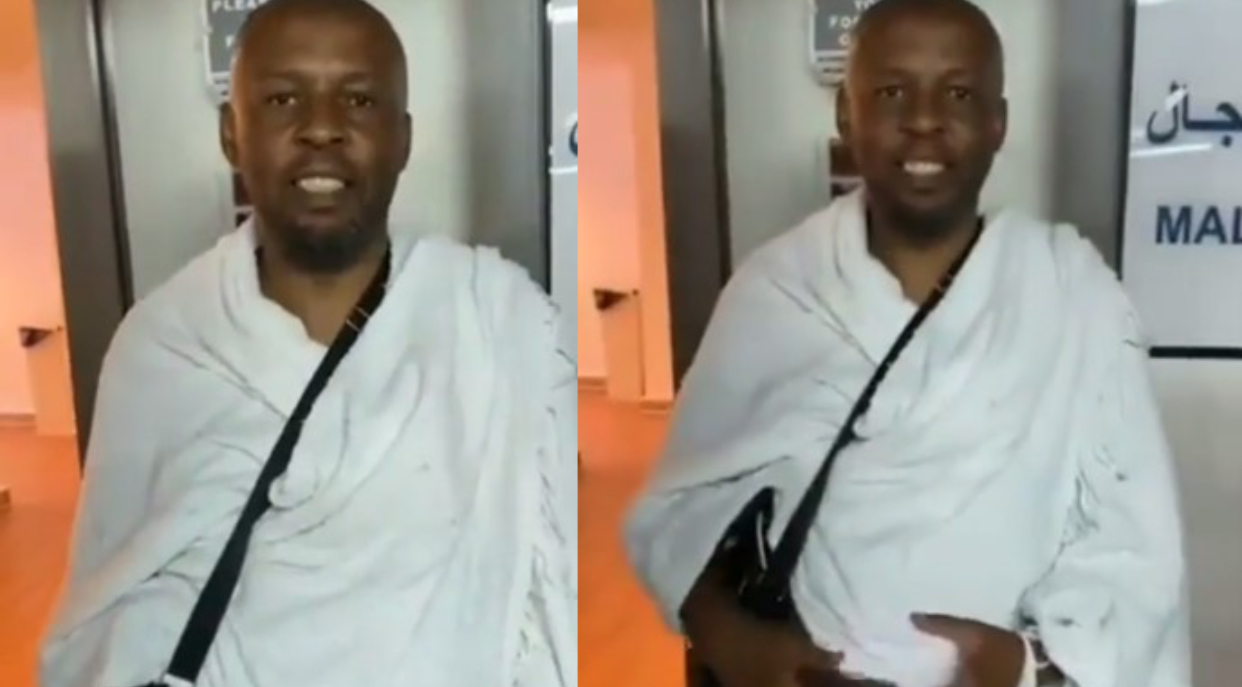 A South African man has arrived in Mecca on foot after walking for three years across African and European countries to reach Islam’s holiest place.

He embarked on his journey 30th August 2018 and he walked through Zimbabwe, Tanzania, Kenya, Sudan, Egypt and Palestine, where the COVID-19 border lockdown forced him to paus his journey.

The man said he stayed in Palestine for more than a year and after the border was reopened he continued walking through Jordan, Medina before arriving Mecca.

Saheed, from Cape Town, also said that he was in Mecca for Hajj and after it is over, he would walk back to South Africa.

A footage which has gone viral on social media shows him narrating to an interviewer how he embarked on the journey.