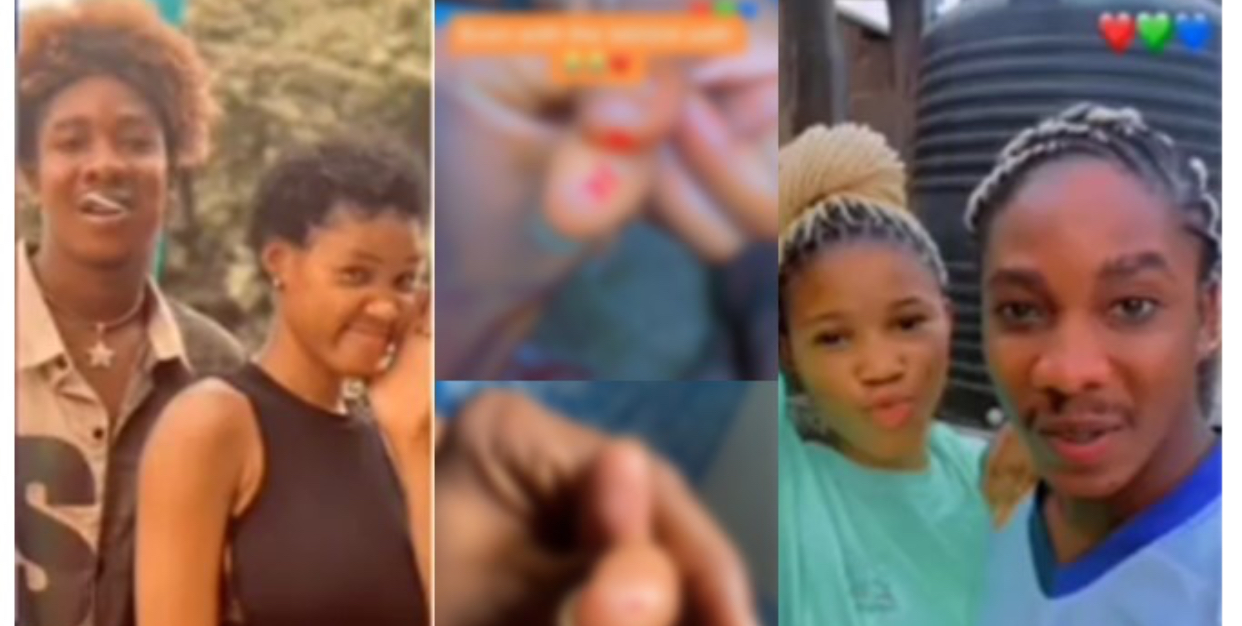 A young Nigerian man has left his girlfriend heart broken following his decision to end the relationship which lasted for almost a decade.

He broke up with her after eight years of dating not minding the blood covenant they made to be with each other forever.

The blood oath was meant to strengthen the bond of their relationship, but it unfortunately did not have the desired effect.

A video shared by the lady captured when they cut their thumb and sealed it with their blood. It also showed some of their past memories and long phone call.

In other news; Popular singer and songwriter, David Adeleke better known simply as Davido has stated that money nor success can’t change him.

Davido noted that it’s true that remaining the same after one has become successful of wealth, has its advantages, he would rather still remain how he is.

Ram escapes to roof of storey building during Sallah in Ajegunle

Tears flow as all occupants except one die after their SUV got trapped in a flood in Oko Oba, Agege, Lagos [Video]