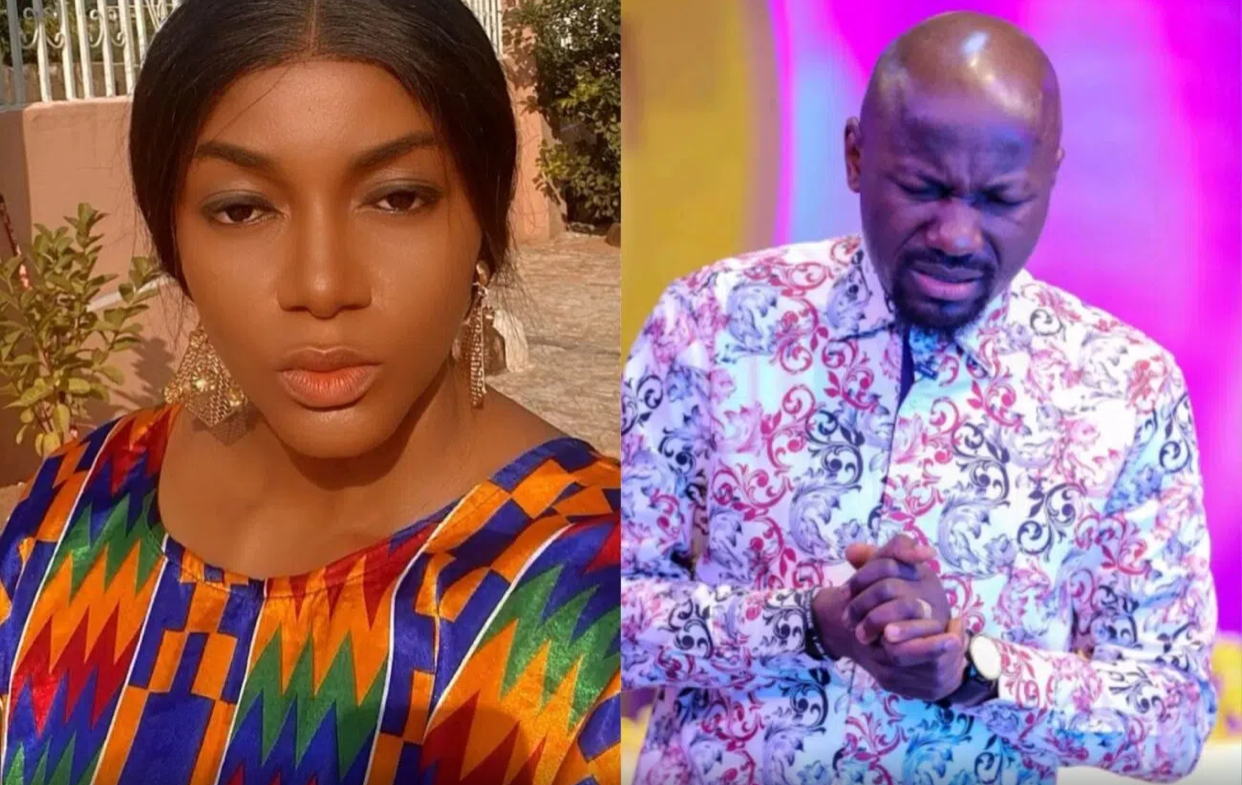 Queen Nwokoye, a Nollywood actress, has given her side of the story following reports of her alleged affair with Omega Fire Ministries Worldwide President Apostle Johnson Suleman.

Gistlover, an Instagram blogger, posted the names of several actresses, including Queen Nwokoye, Shan George, and Vivian Metchie, who allegedly had an affair with the cleric on Sunday.

In response to the allegation, the Ada Mbano actress stated in an Instagram video posted on Tuesday that she would never sleep with a “man of God.”

“Don’t borrow money from a woman, even if…

The 39-year-old who described the Apostle as a good man added that she decided to speak up because her reputation was at stake.

“It is a Nigerian thing to always assume that once you know someone, you are sleeping with the person but that one concern una. I have met a lot of people, and I will still meet more and I do not owe anyone any apologies for people I have met and associated with. Pastor Suleman is a good man.

“Nothing will make me deny knowing him. You choose the kind of relationship you want to have with someone and all friendships mustn’t end in bed. So if you have a problem with him, settle it with him. Don’t recruit innocent people into your mess. I will never allow myself to be used to make Pastor Suleman look bad Perioddddd,” Queen Nwokoye wrote

Lady narrates an embarrassing incident she experienced while on transit