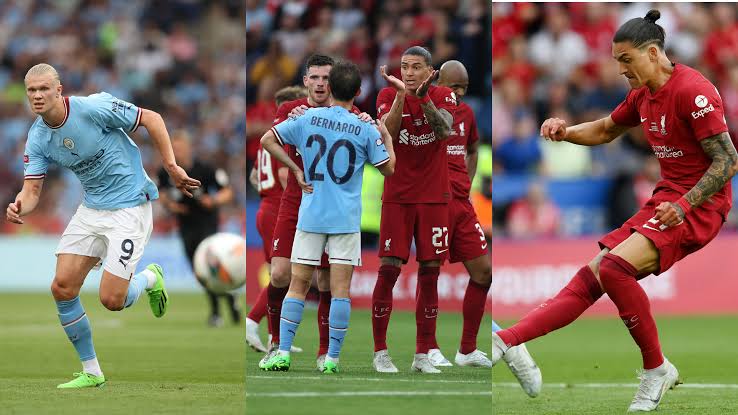 Liverpool won the Community Shield after a 3-1 win against Manchester City on Saturday evening following two late goals from Mohamed Salah and Darwin Nunez to seal the victory. The win came at Leicester’s King Power Stadium ahead of Sunday’s Euro 2022 final between England and Germany.

A deflected effort from Trent Alexander-Arnold got the Reds off to a strong start in the first half as Liverpool appeared to be the superior team.

With 20 minutes remaining, City tied the score when Julian Alvarez scored from close range, and it appeared that the game would go to penalties as a result. Darwin Nunez scored in stoppage time to secure the victory, but only Mohamed Salah needed to take the field and convert his penalty to retake the lead.

Erling Haaland started up top but he was frustrated early on, with his City colleagues off the pace, missing a couple of decent chances.

Jurgen Klopp now has all of the English domestic championships won during his time there, capping off a strong start for his team.

The Reds play Fulham in their first league game of the season, while Pep Guardiola’s team plays West Ham the following weekend.