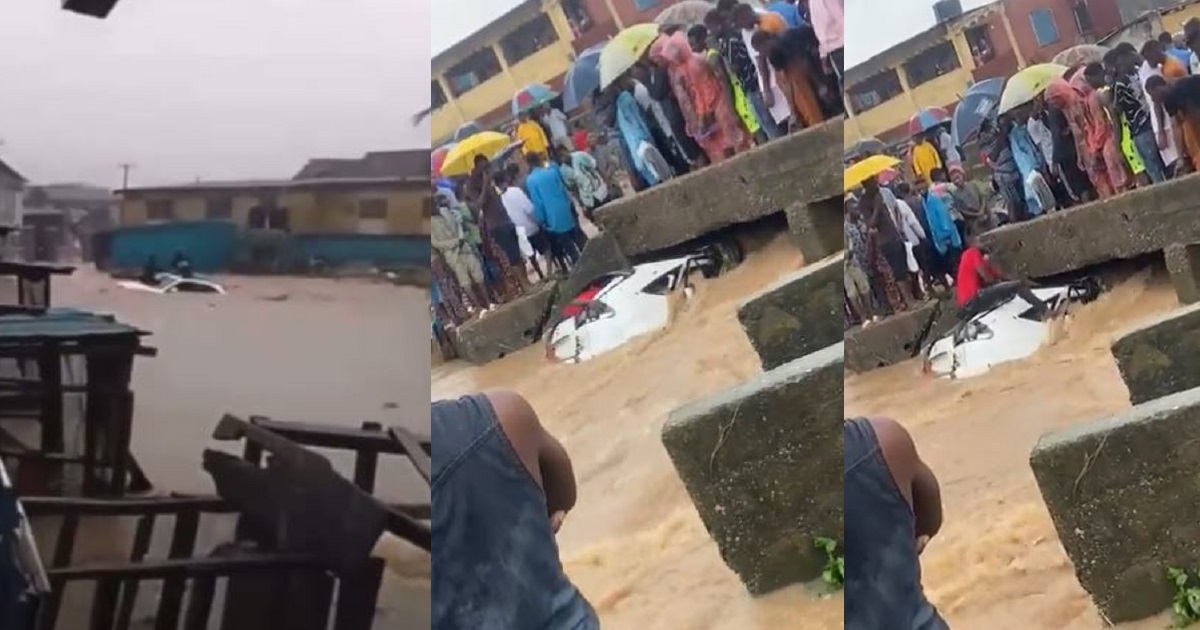 The Lagos State Fire and Rescue Service has made it clear that the people inside a white car that was swept away in yesterday’s flood in Oko-Oba, Agege, did not die but rather were all saved and are now all in good health.

On social media Friday night, there were numerous reports that all but one of the residents had died in the flood.

All the occupants were rescued and are in good health, according to a statement made by Mrs. Margaret Adeseye, Director of Lagos State Fire and Rescue Service.

Read the tweets below; 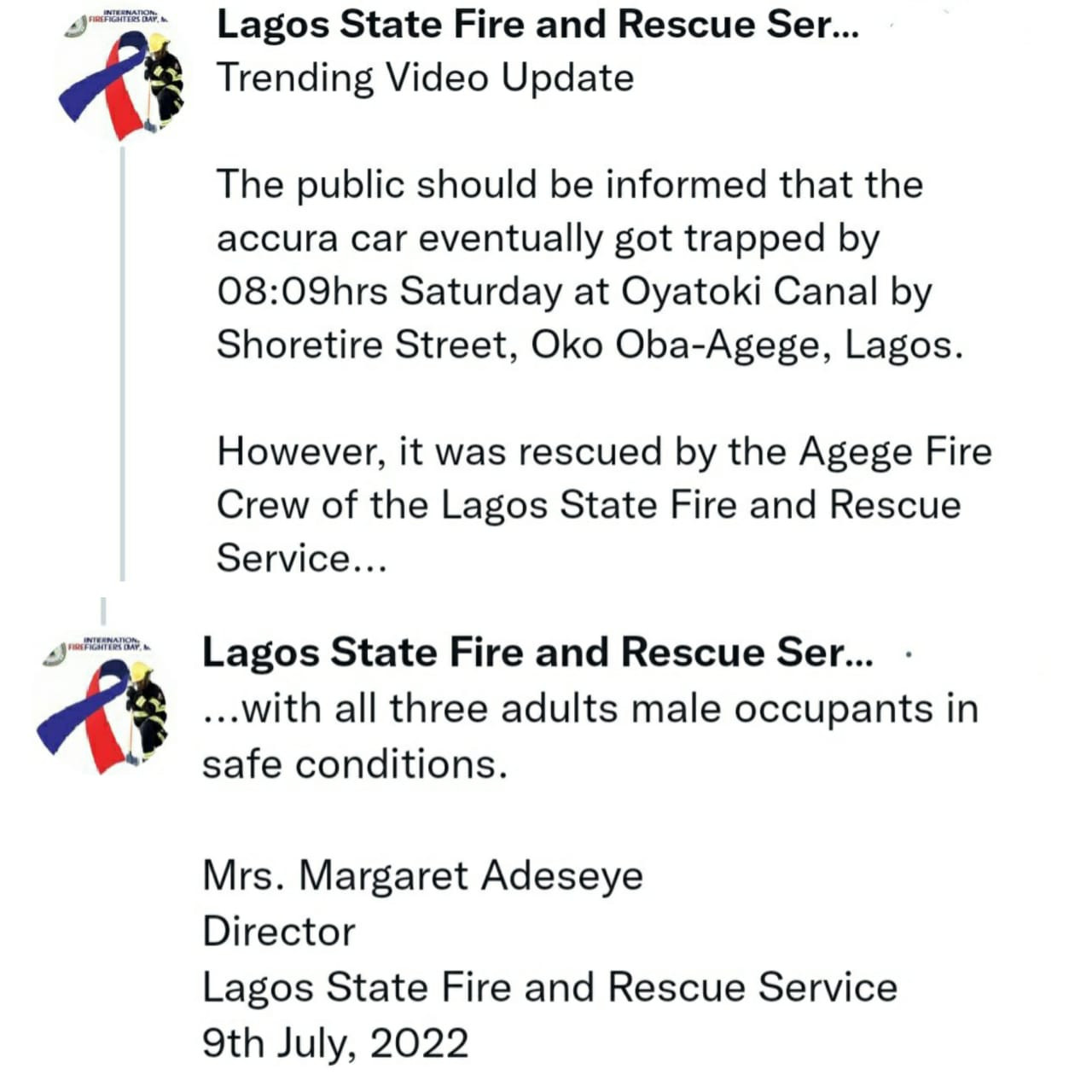 In other news; The government has demolished the church of controversial cleric Chukwuemeka Ohanaeme, also known as Odumeje Indanosky.

The church was reportedly destroyed by the Soludo-led government of Anambra state because it constituted a hindrance.

The building had been earmarked for demolition months before for falling short of Anambra building plan.