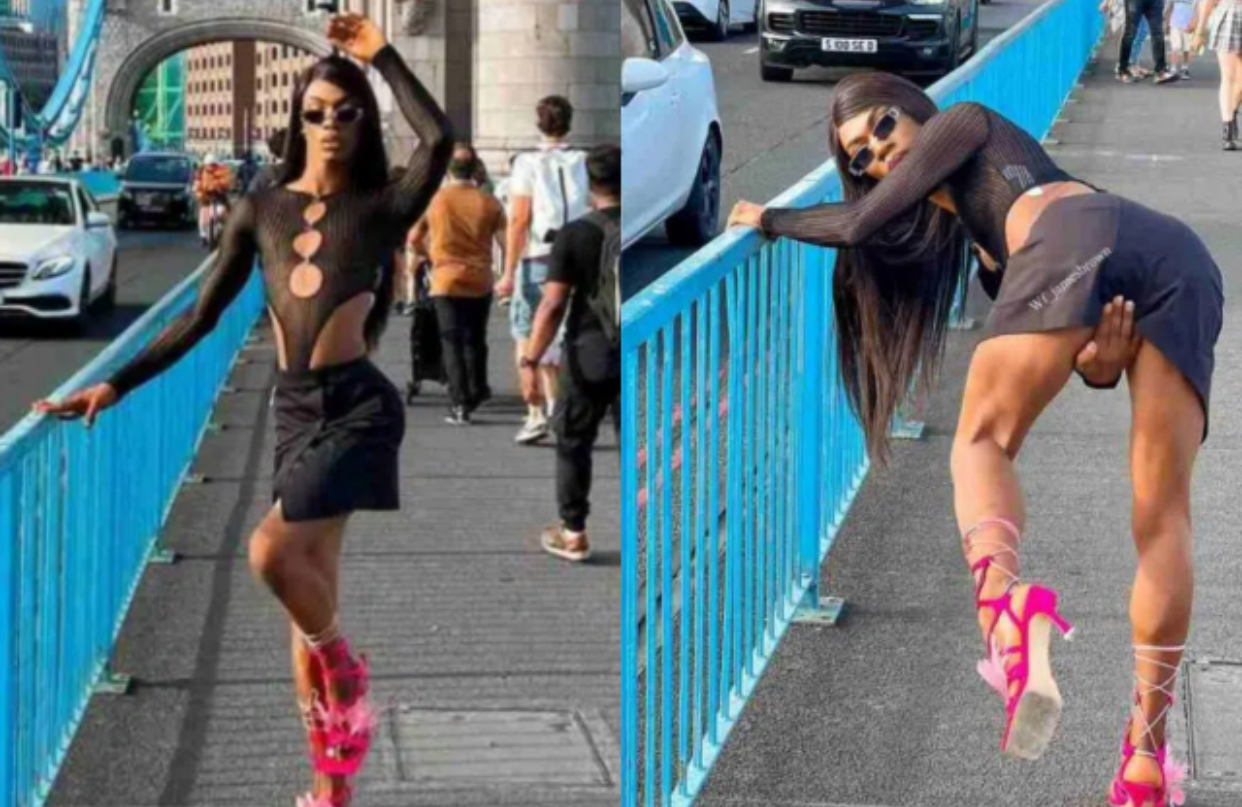 James Brown Obialor, a popular Nigerian crossdresser based in London, sparked outrage after posting some photos on Instagram. Sharing the photos, he wrote:

“Beauty is power a smile is its sword” As expected, celebrities and followers took to the comment section to drop their various thoughts about the eye-catching images.

Actress, Nkechi Blessing who was among those who reacted to the clip wrote;

“What is that second slide Bro James?”

Check out other reactions below:

“The second slide says” protect yours balls at all cost”

“Wtf is that second slide??”

“2nd slide had me rolling, but last slide tho.”

#BBNaija: Check out the last set of housemates

Nollywood actresses, Chacha Eke and Eve Esin exchange messages amidst rumors of beef between them