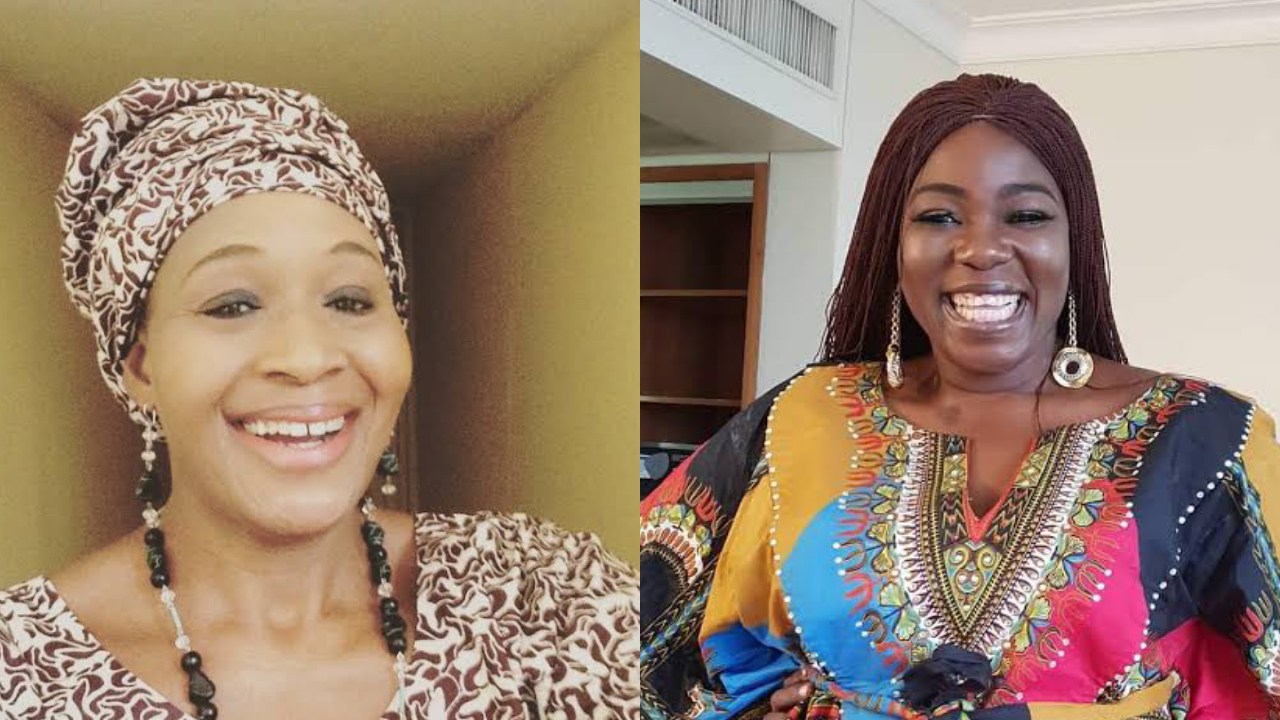 Controversial investigative journalist, Kemi Olunloyo has brought up an old argument she had with the recently deceased actress Ada Ameh. 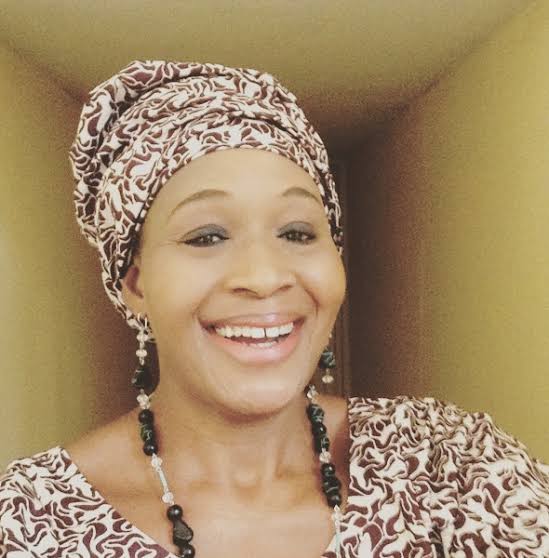 The actress, 48, collapsed on July 17 and was taken to a hospital in Delta State where she was later declared dead.

After learning of her passing, Kemi used her Instagram account to recall an online altercation she had with the actress in December 2021 during the Sylvester Oromoni’s saga.

Recall that Sylvester, a 12-year-old Dowen College student, was purportedly beaten by his seniors and given corrosive substance because he allegedly refused to join their cult. He regrettably passed away as a result of the attack’s wounds. 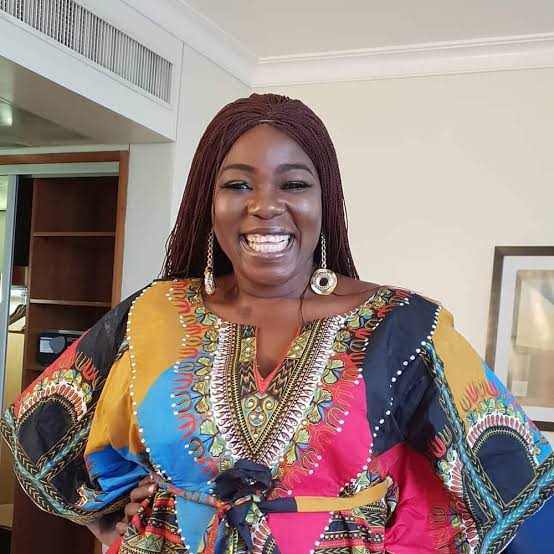 Netizens had been outraged by his death and demanded that those responsible be held accountable. Kemi Olunloyo, however, accused the child of being responsible for the assault online, saying that he knowingly permitted his seniors to beat him up so he could join their cult.

Ada Ameh was incensed by this and blasted her on her Instagram page for trivializing the grief of losing a child and calling her a disgrace to parenthood.

Kemi went online to bring up the subject once more while praying for the actress’ soul to rest in peace, months after the occurrence and just hours after it was determined that Ada Ameh had passed away.

She wrote: “#AdaAmeh DEATH: I learned Ada was dining yesterday with friends and suddenly slumped and collapsed. She threatened me and urged her fans to beat me for exposing the truth about the #SylvesterOromoni case in December 2021. She called me crazy, mad and mentally derailed. I’m non of that. I was simply doing my job as a journalist defending media freedom. Many of the fans sent me 900 terror”zing iMessages and 454 WhatsApp messages after Adetoun Onajobi posted my former phone number and old apartment online. Toun started the beating threats and Tacha Akide even tweeted that anyone going to beat investigative journalist should film it. My children 35, 31 and 21 in America were also terror!zed. They feared for my life. Even the Landlord and other tenants were worried. I kept every single message. Tonto Dikeh also did the same with every celebrity threatening an investigative journalist for not liking outcomes of my work. They could have just unfollowed me. Today I no longer practice journalism in Nigeria. I am a Wellness & Drug abuse education and prevention expert and Ada is no longer here. Live a good life, never take anyone for face value. 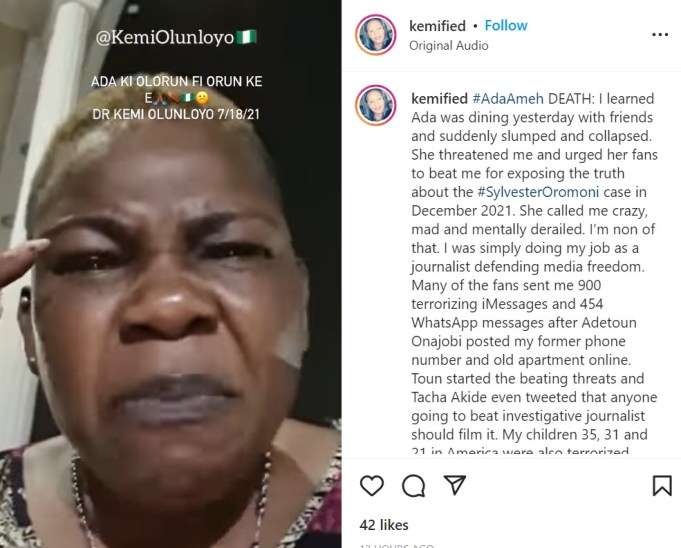