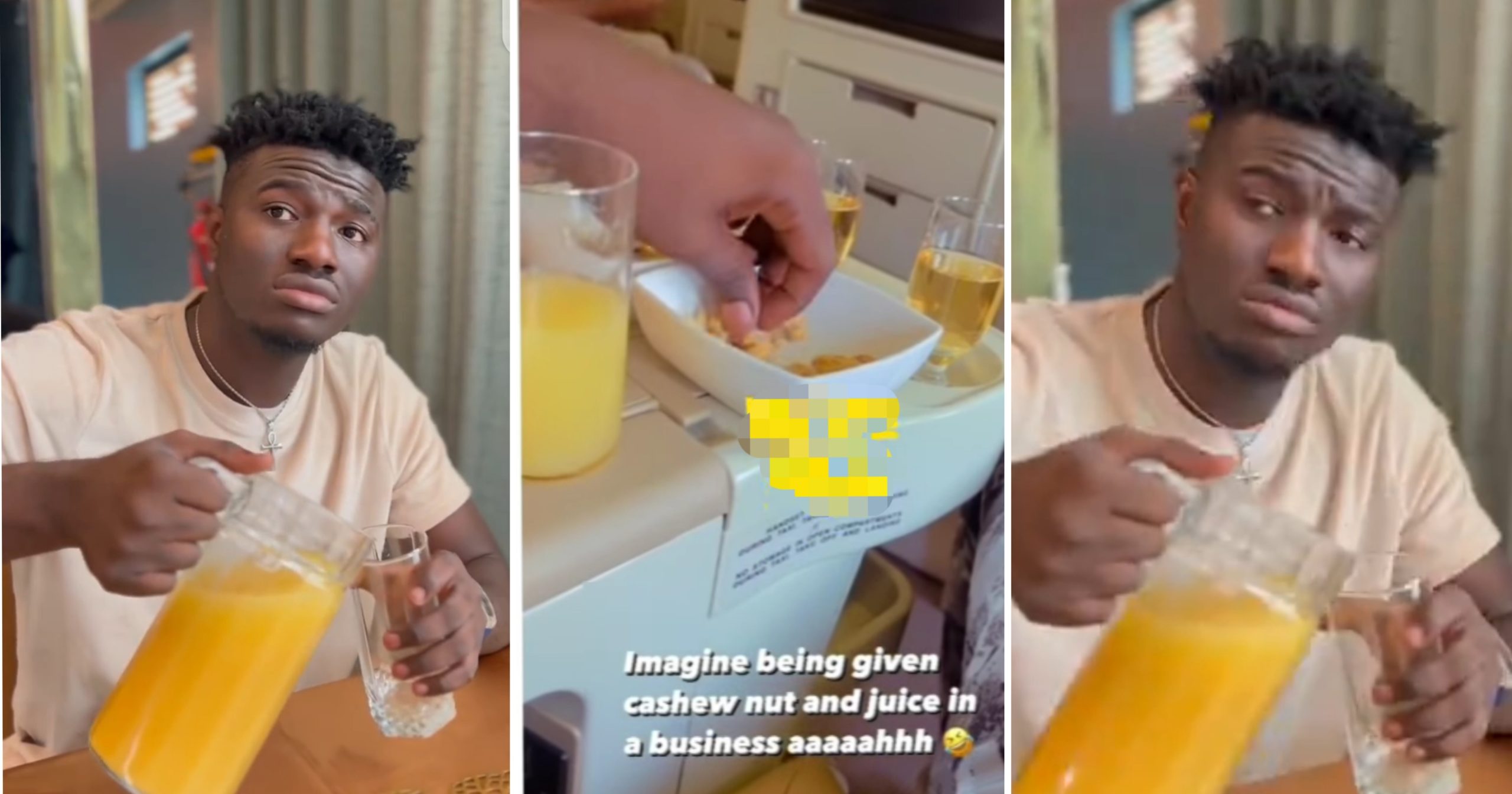 Nigerian skitmaker, comedian, actor and MC, Abisi Emmanuel Ezechukwu popularly known as NastyBlaq, has complained after being served cashew nut and juice on a plane.

This was after paying a whooping 3 million naira for business class ticket on the flight. 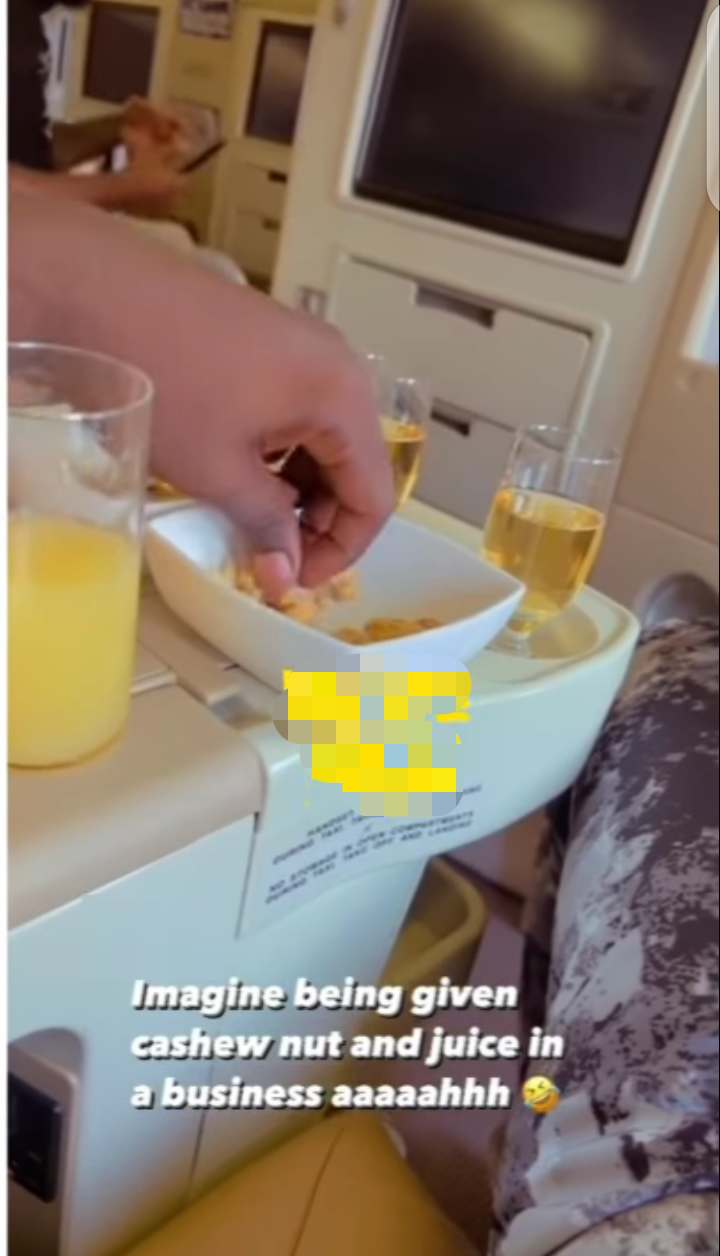 Comedian Sabinus Gifts Wads of Dollars to Little Girl Who…

He was left in uttermost disbelief as he complained bitterly about the meal being served in the plane. 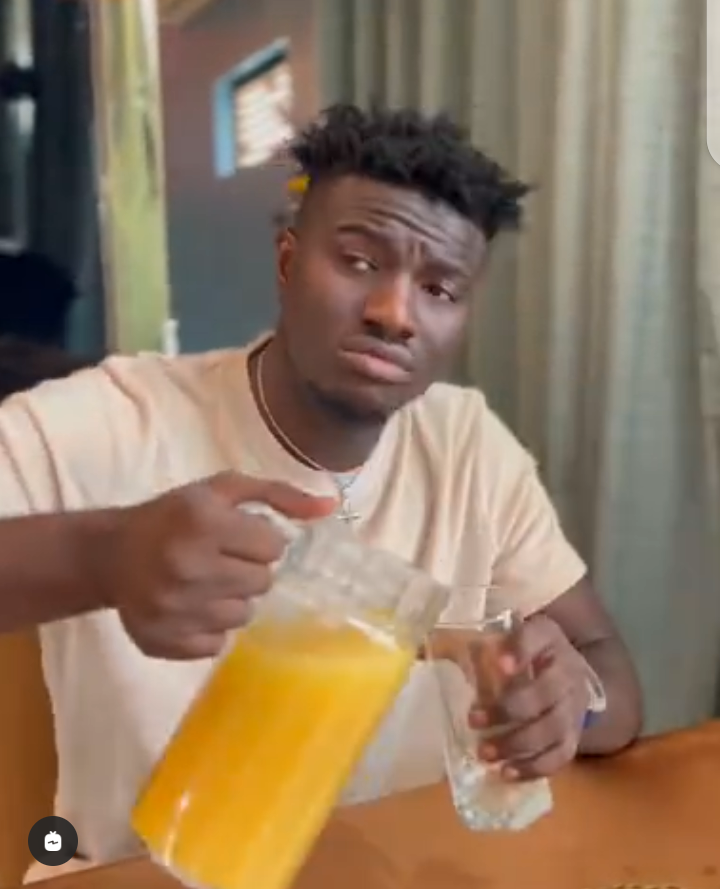 He captioned the video:
“Imagine being served cashew nut and juice in a business aaaaaaaaahhhh 🤣”

Here are some comments:
therenegadelawyer wrote:
The flight hasn’t taken off sir. This one just wants to trend

amaka.maya wrote:
When I reach that level i will put mouth, for now, let me just be flying our economy in peace, you can’t oppress me

emekadarlington wrote:
You don’t know how expensive cashew nuts are these days…check your nearest supermarket Its a CLASSY BUSINESS