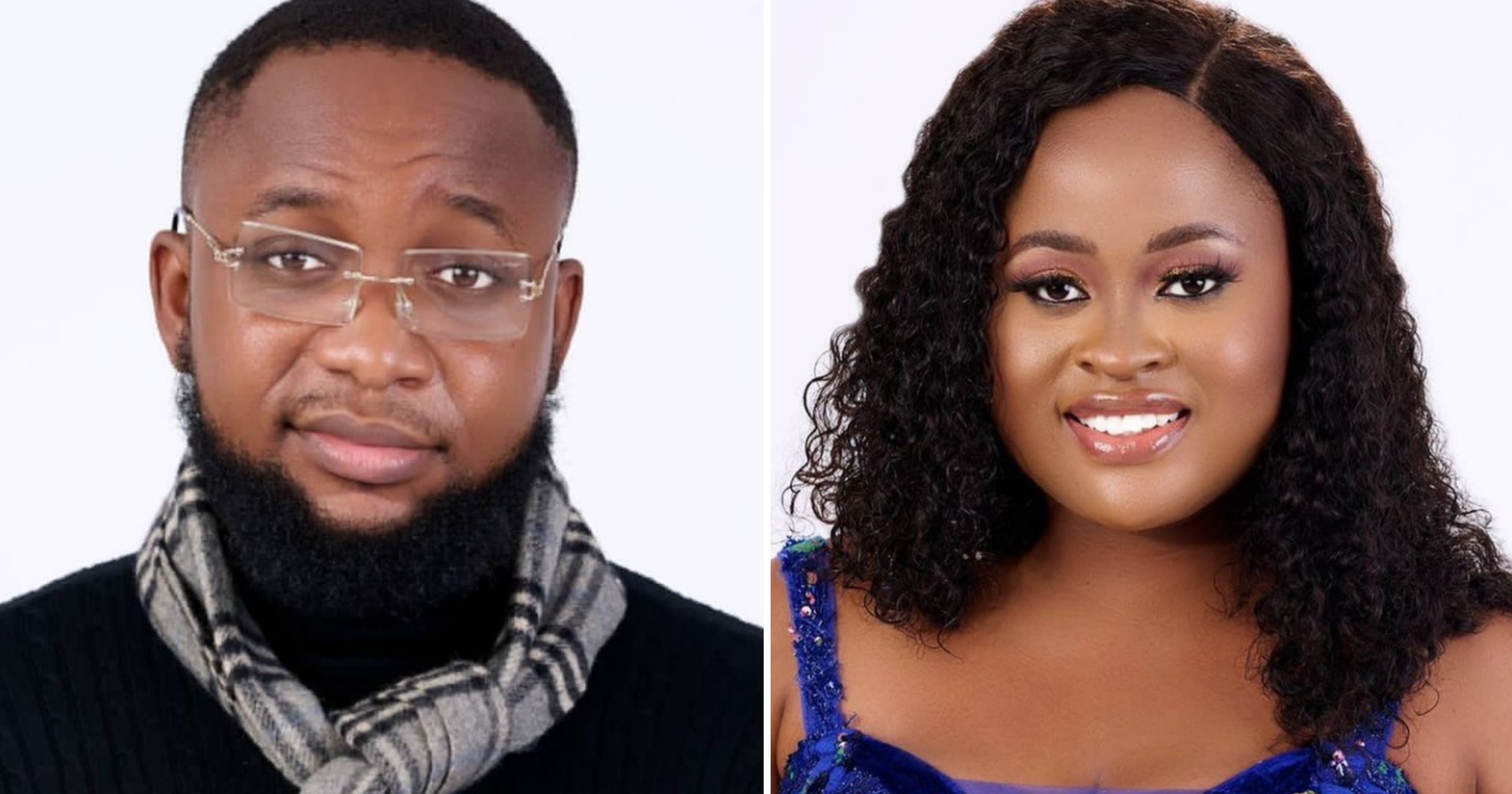 Big Brother Naija level-up edition housemate, Cyph has cautioned his co-housemate, Amaka after she gave him a gentle rub on the head.

This happened when Amaka, Cyph and some other housemates were eating noodles in the dining room.

While they were eating, Amaka gave Cyph a gentle rub on the head which probably irritated him causing him to react.

At first, Cyph ignored her, however she kept caressing his hair for a while without any sign of slowing down.

The reality star begged her to stop rubbing his head because it makes him feel uneasy.

He said:
“Don’t put me in some kind of situation, and stop touching my head”

Reacting to his warning, Amaka quickly obeyed and avoided his hair.

However, this did not stop the duo’s relationship as they were captured engaging in a friendly conversation alongside other housemates shortly after the incident.