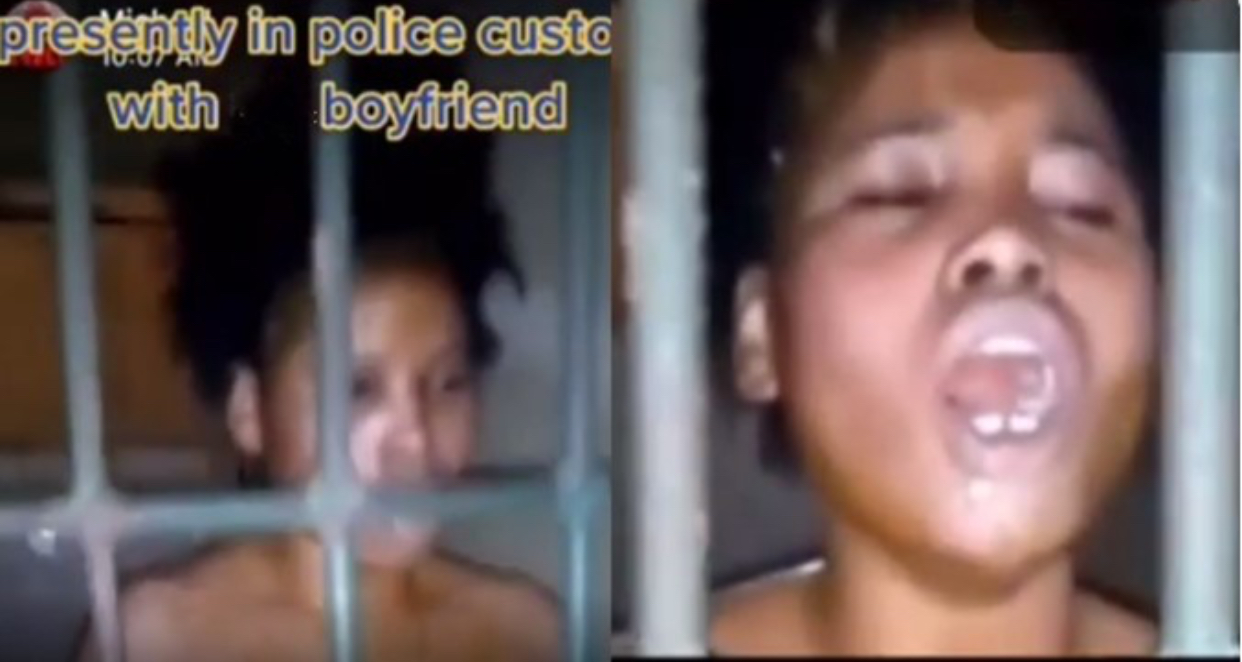 A video which surfaced on the internet captures a lady barking and woofing like a dog in a police station.

According to reports, she was used for Yahoo Plus money rituals by her boyfriend who is an internet scammer.

The boyfriend is said to have been arrested by the police and taken to the station with her where she continued making dog sounds.

Nigerian lady discovers her boyfriend of two years is a…

Lady jubilates as boyfriend defrauds victim of N2.5M with…

She could be seen inside a cell woofing with spittle running down her chin and an unidentified liquid substance around her mouth.

It is not clear where the incident happened, but Nigerians are asking concerning questions about what really transpired.

I regret sleeping with my cousin – Man opens up