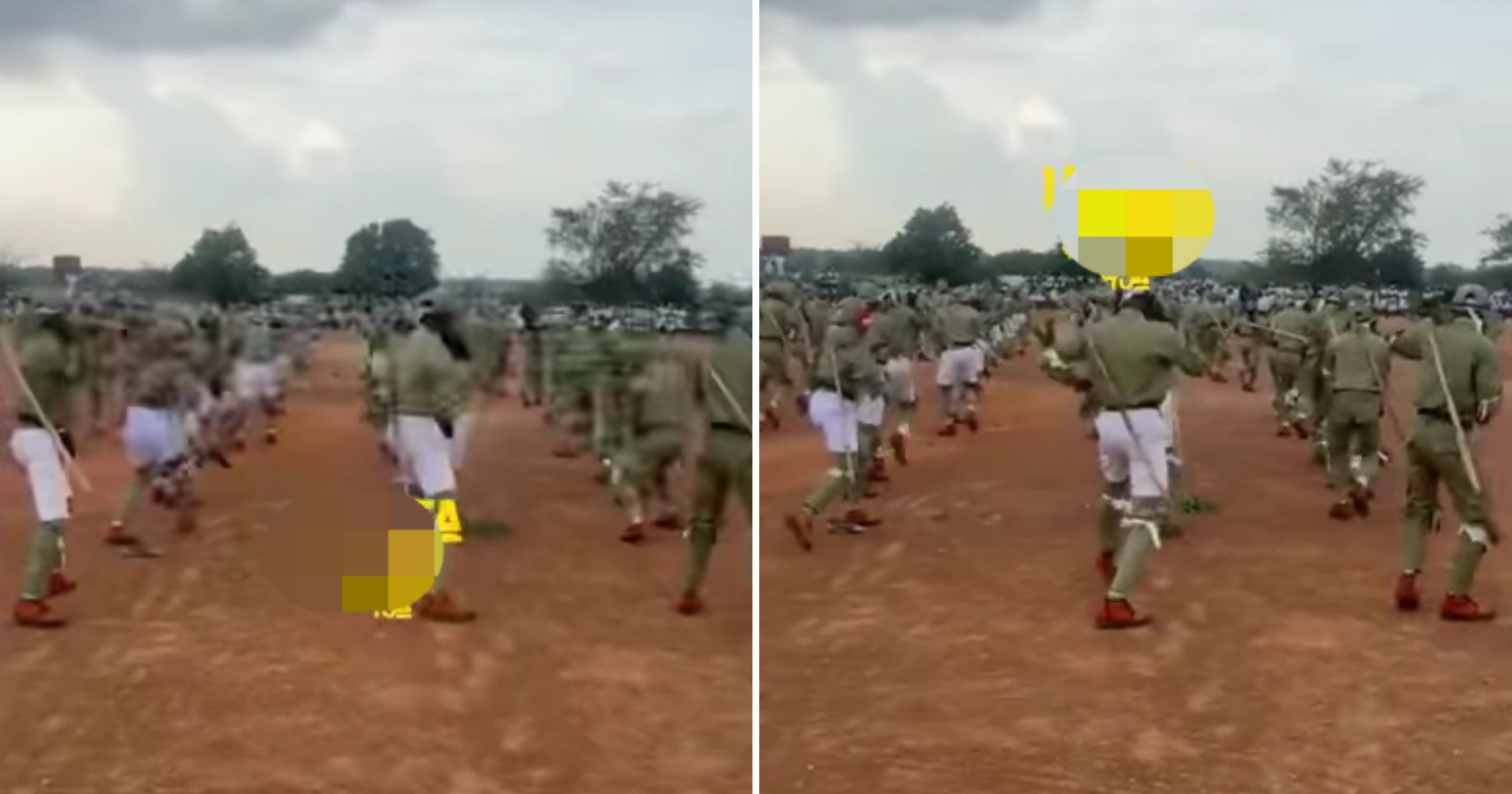 In a video making rounds online, some National youth Service corps members were seen training aggressively in camp as if preparing for war.

In the video, the corpers were spotted practicing taekwondo while following the orders of their instructor.

This has raised a lot of mixed reactions online as netizen wanted to know if there is a war coming up that Nigerians don’t know about yet.

“Make I just hear pim from any soldier” – Reactions as…

Corps member spotted packing refuse while on his NYSC…

Here are some comments.

@kingcaliphs wrote:
I pity all of una so na #bat plan b dis 🤦‍♀️

@joe_iyke wrote:
“Let somebody throw knockouts in their midst, I want to confirm something”

@olardhimeji97 wrote:
“them know teach me this one for my camp”