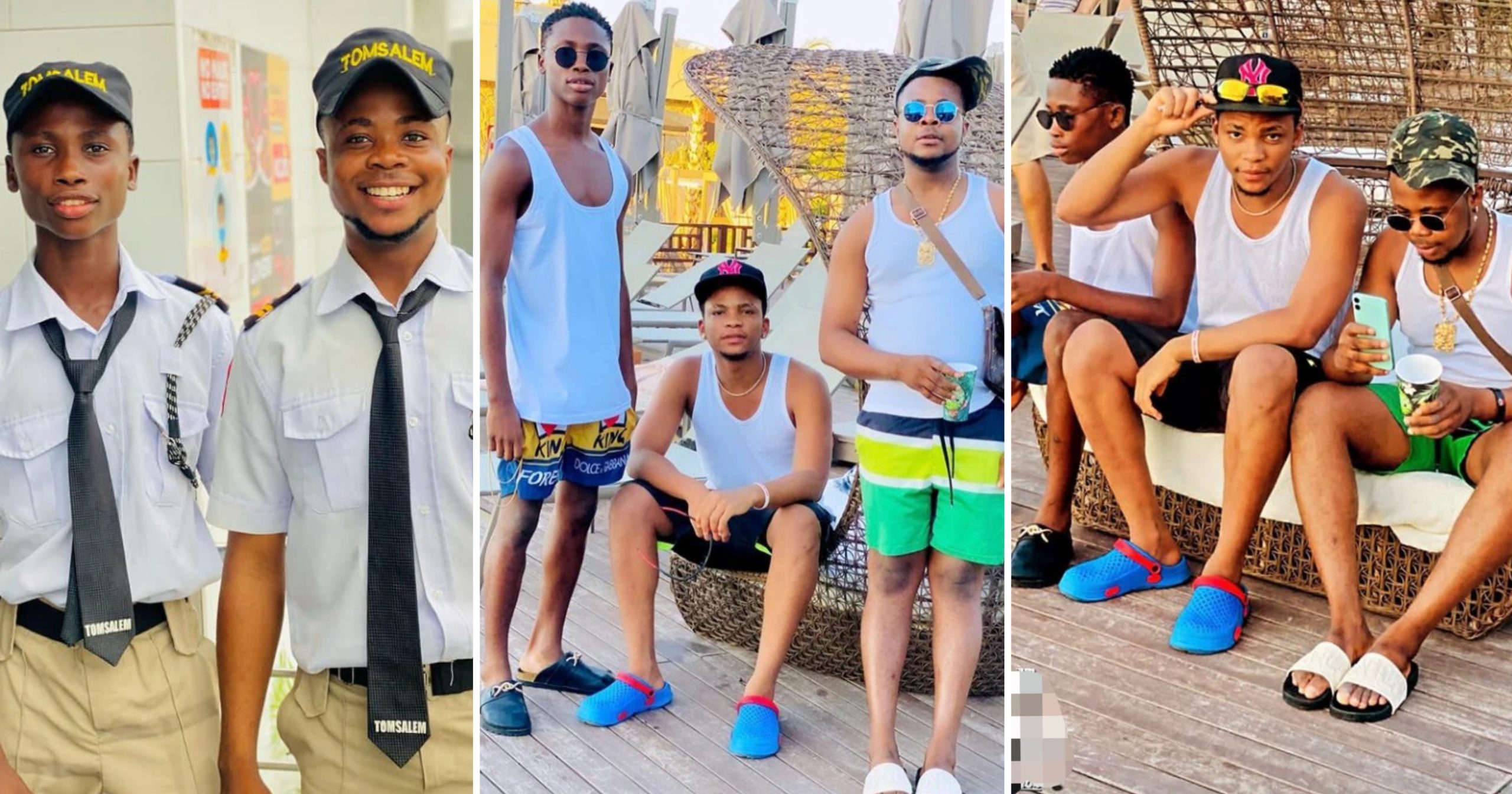 Happie Boys, former security guards who were sacked for dancing at their place of work, have flooded Instagram with dashing photos of themselves. Recall that the boys went viral a few months ago after they got fired for dancing at their place of work.

However, they gained favour from netizens and reputable people in Nigeria such as Apostle Chibuzor Chinyere who sponsored them to study abroad in Cyprus.

Nigerian lady laments after her plans to leave the country…

Actress Georgina Ibeh speaks her truth after being accused…

Periodically, the boys usually share photos of themselves via their Instagram page to keep their followers entertained.

Recently, they shared dashing photos of themselves as they visited a beach.

While captioning the photo, they expressed their gratitude to God for changing their lives for good.

They were also spotted with their manager in the photos.

They previously opened up about having some issues with their manager but judging from the photos they have probably made up.

Captioning a photo, they wrote:

“We’re a testimony that God lives”

See the posts below: “I Regret Being A Second Wife, I Ruined Someone’s Marriage” – Lady Cries Out