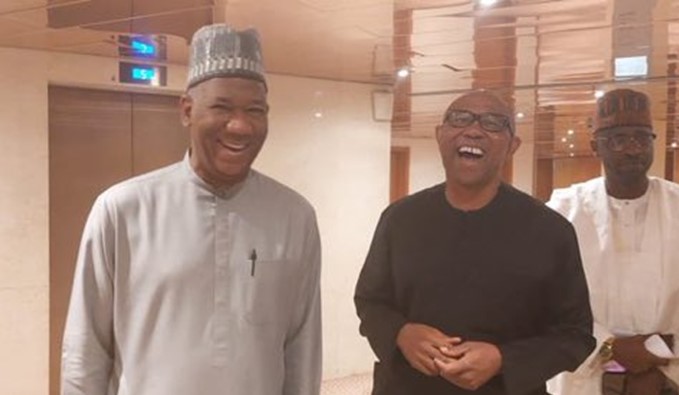 Yusuf Datti-Baba Ahmed, the vice-presidential candidate of the Labour Party, expressed certainty that he and his leader, Peter Obi, would prevail in the 2023 presidential election.

He said this after being introduced on Friday at the Labour Party National Headquarters in Abuja as Peter Obi’s running mate.

On the sidelines of the inauguration, the former governor of Anambra state was chatting amicably with the founder of Baze University, Abuja, when he revealed that a crown was already waiting for him.

Baba-Ahmed said, “There is a crown there already,” to Obi’s joke that he required to obtain a red hat to match the one his running mate was wearing.

Although, the ruling party, APC have as yet, not provided their official Vice presidential candidate.