After snatching husband, lady worried he might be getting close to his ex-wife 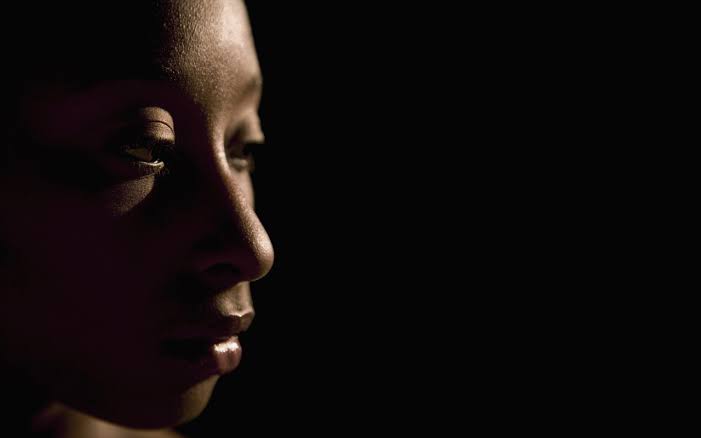 A lady has taken to social media to cry out after discovering that she might lose the man she had snatched.

According to the lady who narrated her distress to a relationship therapist, she had been working as a domestic staff when she started a relationship with her boss.

Subsequently, she snatched him from his wife, becoming the main wife, and helped him kick her out of the house.

The lady revealed that she had felt no remorse at the time because the lady had treated her badly.

Now, however, because the man already has kids with his ex-wife, they still meet up to attend some of their kids’ activities.

She worries that the man and his ex-wife are getting closer than necessary.

Read her full narration below:

“Hi Auntie Momoza. Anonymous please. I used to be a domestic worker but ended up h!tting my boss’ wife with a stena and became the wife. I didn’t feel bad because she treated me like a dog and when they divorced I helped him to k!ck her out like a dog. I hired an old domestic worker because I don’t want mistakes. My problem is my husband has suddenly developed a close friendship with his ex wife, he says they have to be civil to each other for the kids’ sake. They go to school meetings and sports days together all the time and they don’t allow me to join them because they don’t want awkward moment for the kids. My fear is that woman using kids to win my husband back. What stresses me more is I’m struggling to conceive. I have a child from previous relationship but he doesn’t stay with us. You think I should be worried? I’m more beautiful than the ex wife.” 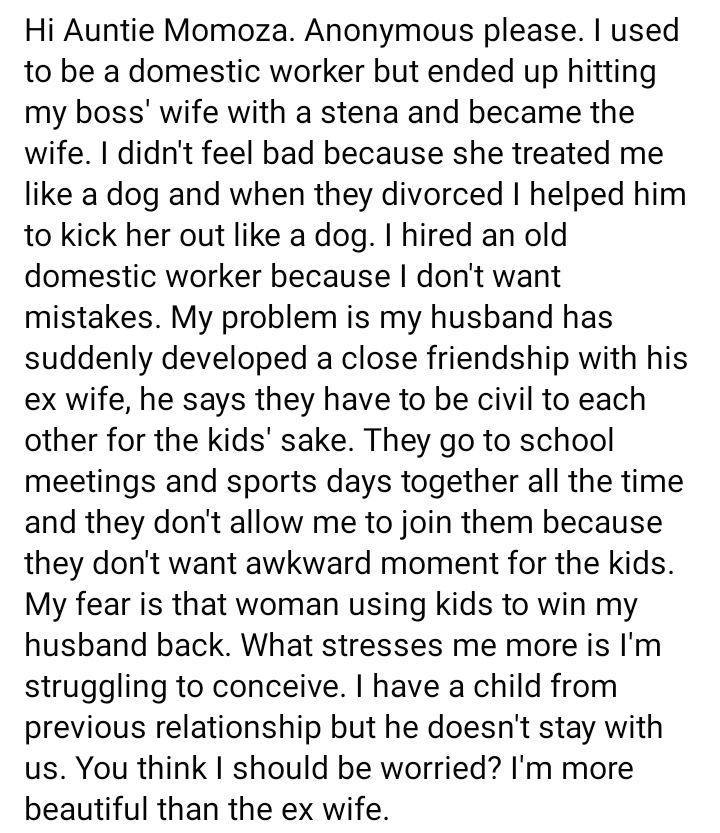