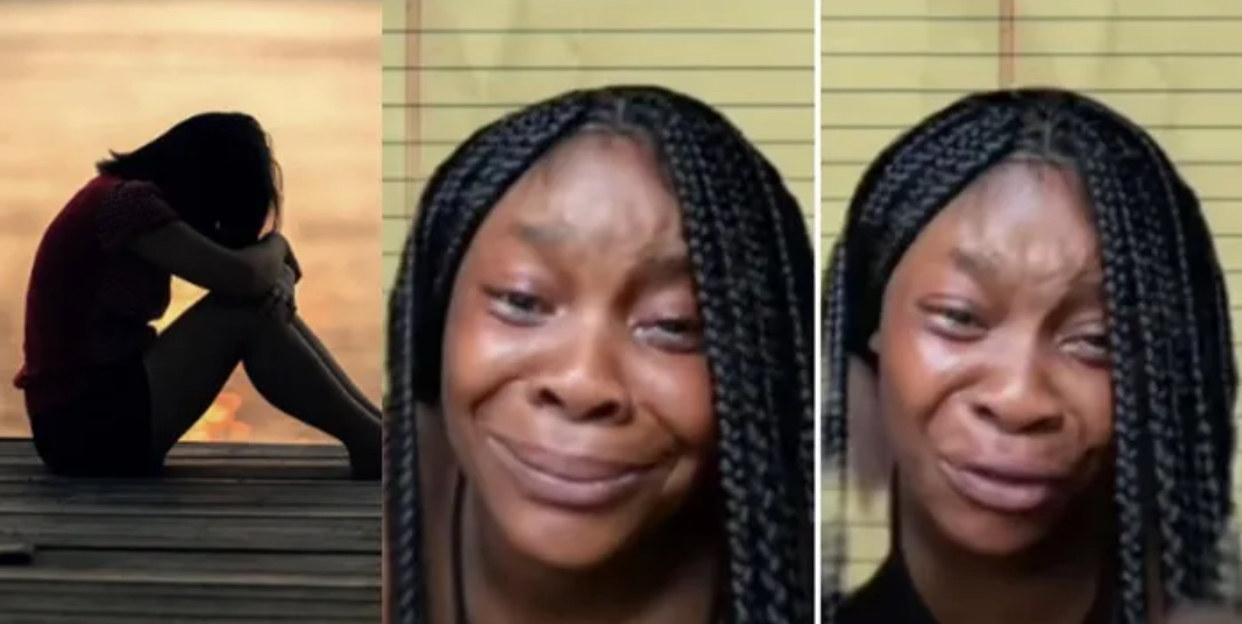 A young Nigerian lady has lamented bitterly about her boyfriend leaving her and moving to her bestfriend.

The heartbroken woman could be seen in a video shedding tears while calling out the bestie whom she identified as Mercy.

She lambasted Mercy for snatching her boyfriend despite the fact that she took her as her closest friend.

She vowed never to forgive her friend for the betrayal.

In her words: “Mercy, my boyfriend left me because of you. I called you my best friend, and you went behind me to collect my boyfriend.”

In other news; Popular businessman, Pascal Okechukwu better known as Cubana Chief Priest has pledged to give a young man he once looked down on N500,000 as a gift.