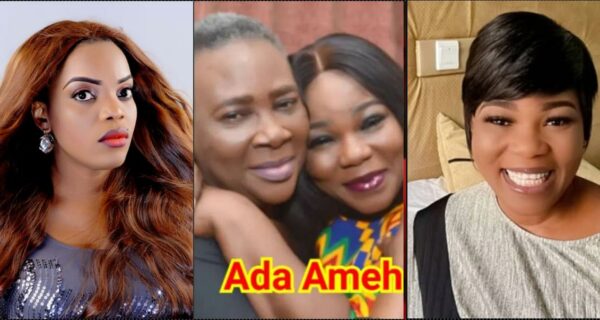 Empress Njamah, a popular Nollywood actress, has appealed to Nigerians for financial assistance for her late friend, Ada Ameh.

Ada Ameh died a few weeks ago after collapsing at a gathering of friends, as previously reported.

In a recent post on Instagram, Empress Njamah called on fans of the late actress to help support the mother who used to be in the care of Ada.

“She left an amazing mother behind,her mother was priority, I can’t do this alone without you guys…..
Please join me lets do this for our beloved Ada Ameh, its now my priority…,” she wrote while sharing account details for donations. During an appearance on Lunch Time with Vanguard, the media personality who admitted to being involved in the show’s operations described how people who want to be on the show contact him to help them get selected and become contestants.