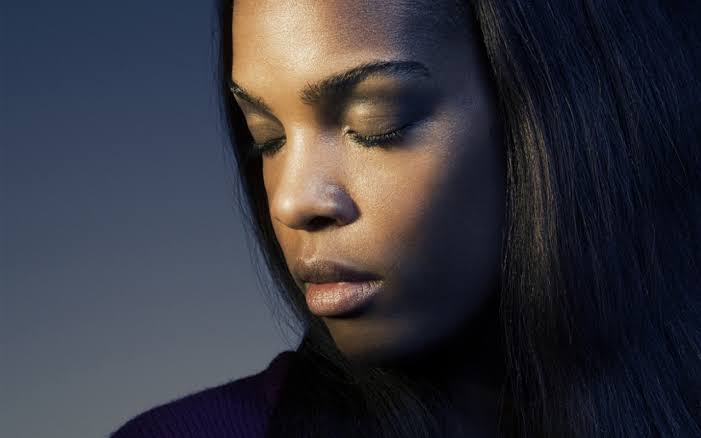 A married woman has revealed a complex tale of becoming entangled in a web of dishonesty and betrayal. 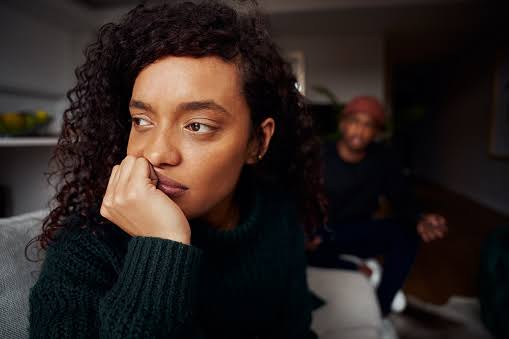 According to the disgruntled lady, despite everything she had done for him, her lover had still cheated on her with another woman.

The woman who requested anonymity claimed that she and the lover have been dating for two years as a result of her husband’s overseas employment.

“I cannot forgive this” – Man in tears…

She said that she looks after him and even used her husband’s money to assist the lover in renting a home.

The woman described seeing a text on his phone from a woman who stated she was missing him as the way she discovered he was cheating.

“Hide my ID. I’m in a relationship with this guy for the past two years, I support him and I also Supported in renting a house for him. I had plans that we were going to work out something in future..

Last week when he was about living my house, his phone beeped and I saw a pop up SMS. “Baby, I and junior misses you” I was really mad. This is a man that I use my husband’s money to care for. My husband is abroad. Like can’t there be a faithful man on this earth?” 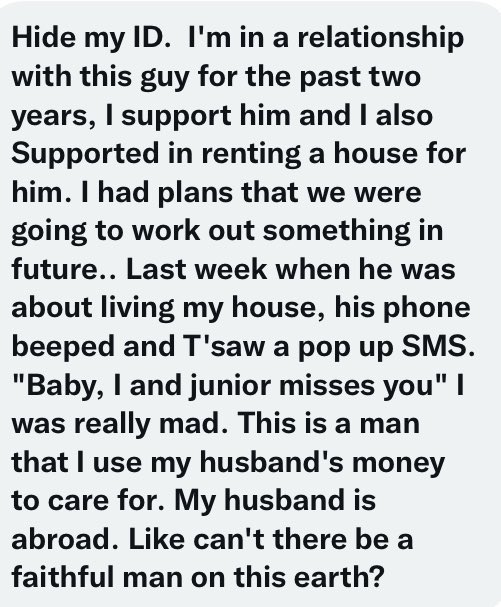 Carter Efe reflects on his humble beginning as a tailor, says ‘Machala’ saved him