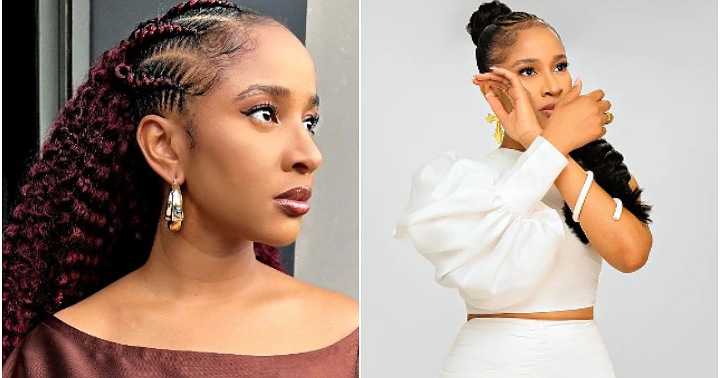 Nollywood actress, Adesua Etomi-Wellington has threatened to deal with her colleague and best friend Jemima Osunde for ignoring her calls.

The wife to popular singer, Banky W, in a Twitter post said she will show Jemima ‘shege’, because the young lady did not return her calls, but had the time to post adverts on social media.

Jemima Osunde, a brand ambassador for Aquafina table water had posted a clip of herself advertising the product on Twitter.

She made a gig for the Aquafina tasks the Bbnaija housemates were having.

“YOU CAN TWEET BUT NOT RETURN MY CALL? MAD OH. I WILL SHOW YOU SHEGE.”

The actresses who share a close friendship always tease each other on social media. 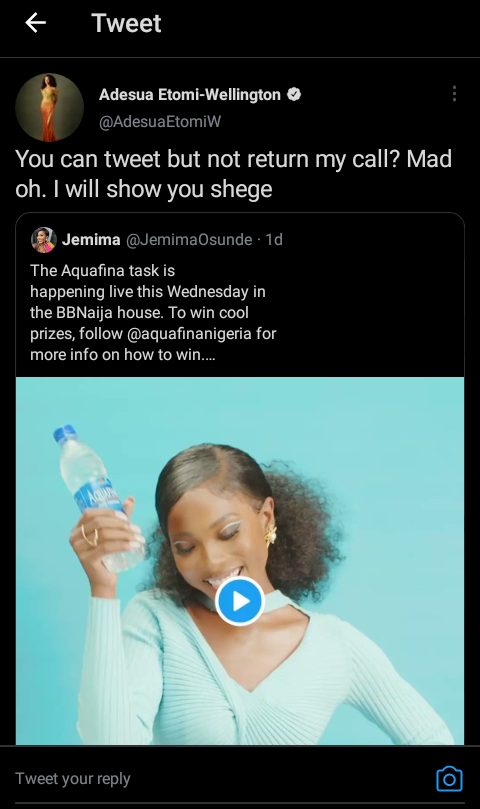 BBNaija: I will pack my bags and forfeit N100m — Adekunle blows hot