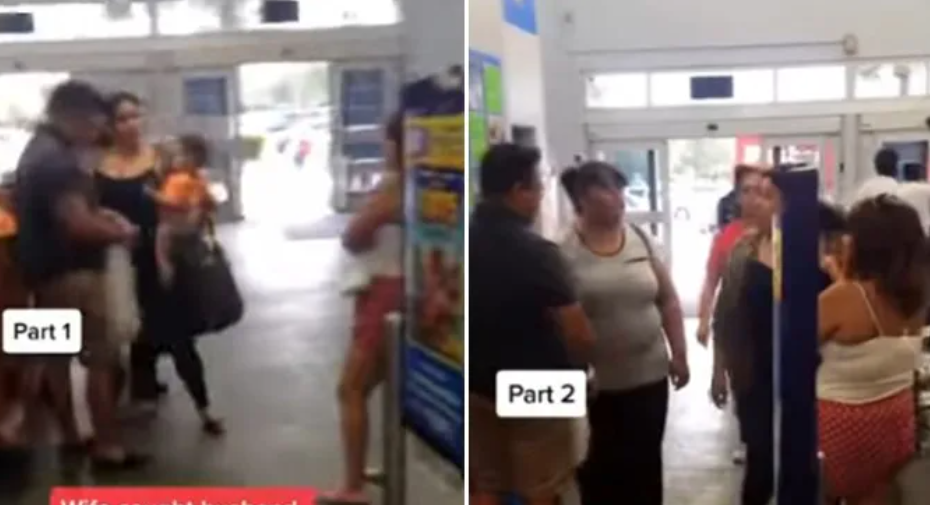 The moment a woman caught her husband and his side chic at a shopping mall was captured on tape and posted on social media.

In the video which has gone viral, she confronted the side chic for agreeing to have an affair with her husband. She revealed that they have been married for five years and they have kids yet he went ahead to dishonour their marriage.

The wife explained to the mistress that if he can cheat on his wife then he will also cheat on her with another woman.

She spent most of her time scolding the mistress and did not even bother to tackle her man for being unfaithful.

Social media users were of the opinion that the wife was focusing on the wrong person as many felt she should have confronted her husband instead.

djtrish_vibequeen; Why is she ignoring that man there

zaquanterrell; She is trying to school her to me

kimmy_place_2; Why blame the lady??

ritagabriel01; Period!!! He cheating on me he is going to cheat on you too

thissome; She off on sis and he’s standing right fucking there… but I note the difference in culture some cultures all 3 wouldv been on the floor not naming no names lmao

“She left cos we were street hawkers” – Former purewater hawker, Jeremiah Ekuma melts hearts as he jumps on TikTok trend