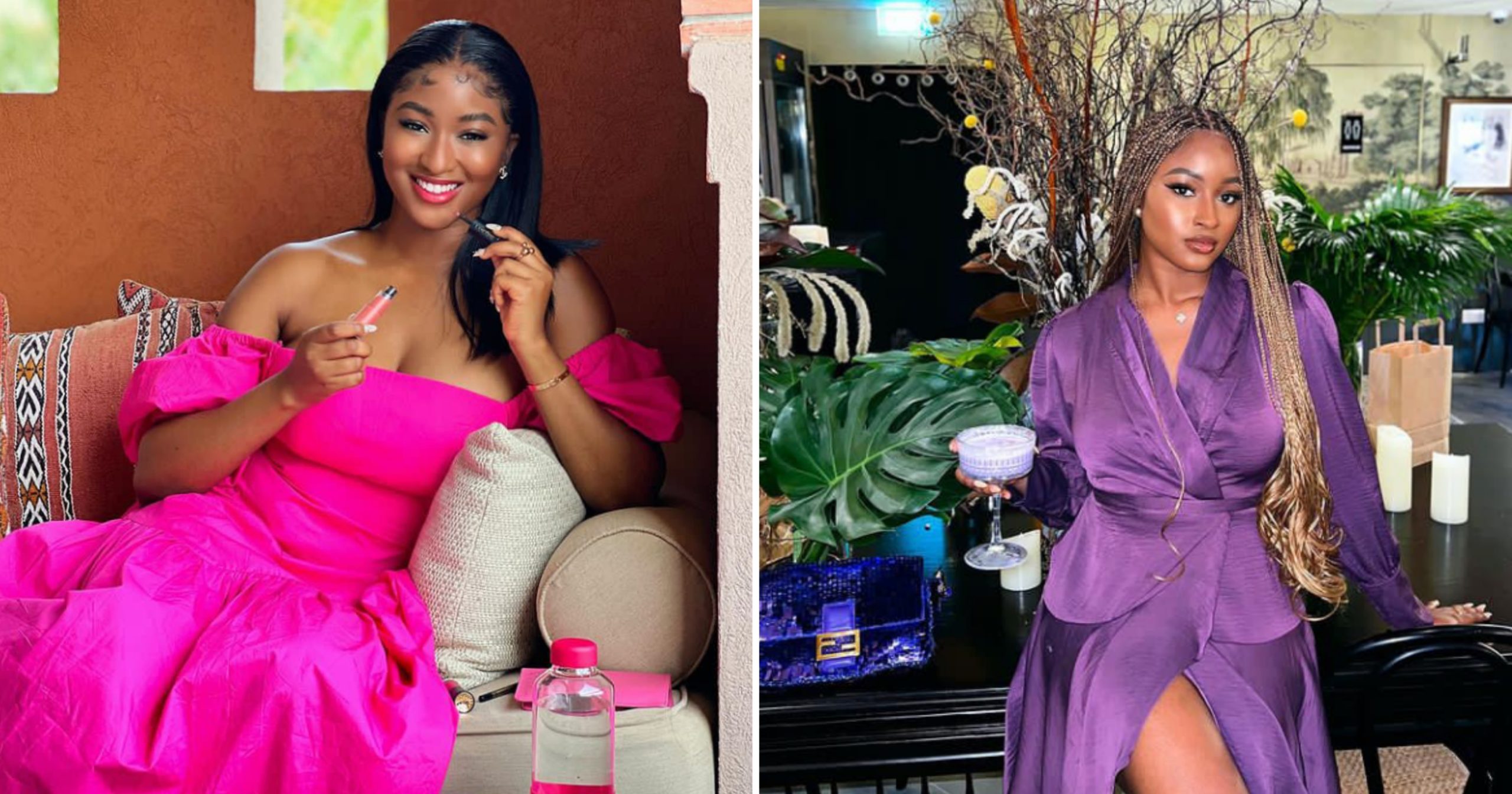 Nigerian reality TV star and influencer, Kim Oprah has issued a serious warning to a guy who harassed her at a gym. 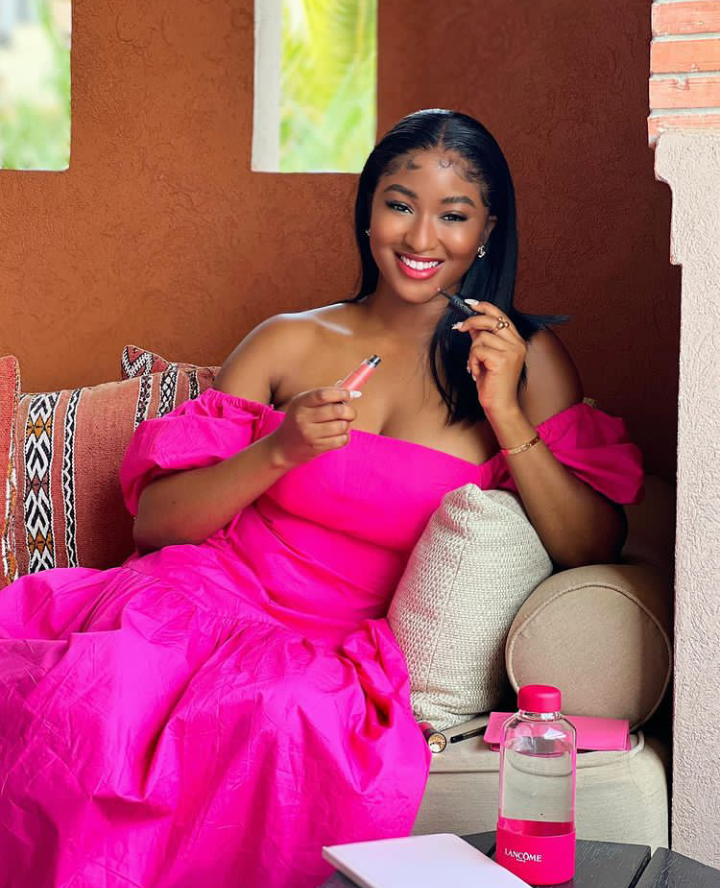 According to her, while working out the guy kept staring at her which creeped her out.

“I just hold something, I did not kill him” – Lady opens up…

She went on to share the message that she got from the man stating that he enjoyed watching her at the gym.

She wrote:
“For the first time ever, i felt uncomfortable at gym because some weirdos kept staring through the glass… it’s actually bad behavior, then you send me a message like it was a right thing to do ? You should be ashamed of yourself

I actually saw the guy ! During the day you can’t see into the gym but at night apparently you can.. I even had to ask my trainer if they could see us because this human was evidently staring at me working out ..

Saw him through the mirror as It’s opposite the see through glass.. the fact he sent a message issuing he enjoyed watching me is dist®rbing .. ITS JUST NOT RIGHT …

If you think like this and you a guy, you definitely u need help.

Admiration is okay! But watching people is wrong… look and remove eye Ahn ahn… it’s just bad behavior, however you guys want to see it, it’s unfortunate most Nigerian guys don’t know this. So here’s a little education

Please educate yourself! What’s to say he won’t want to come watch me workout again? i have put it out here,. next time i see you i’ll post your identity, not even playing.” 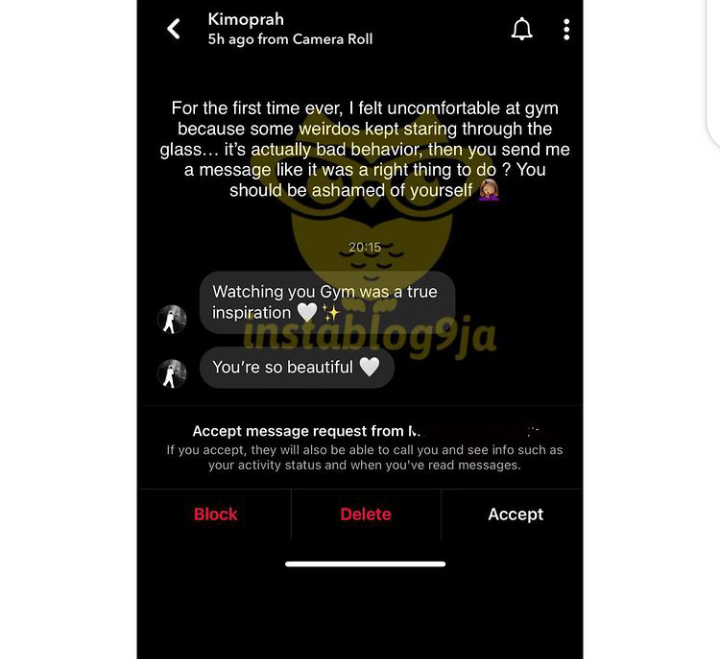 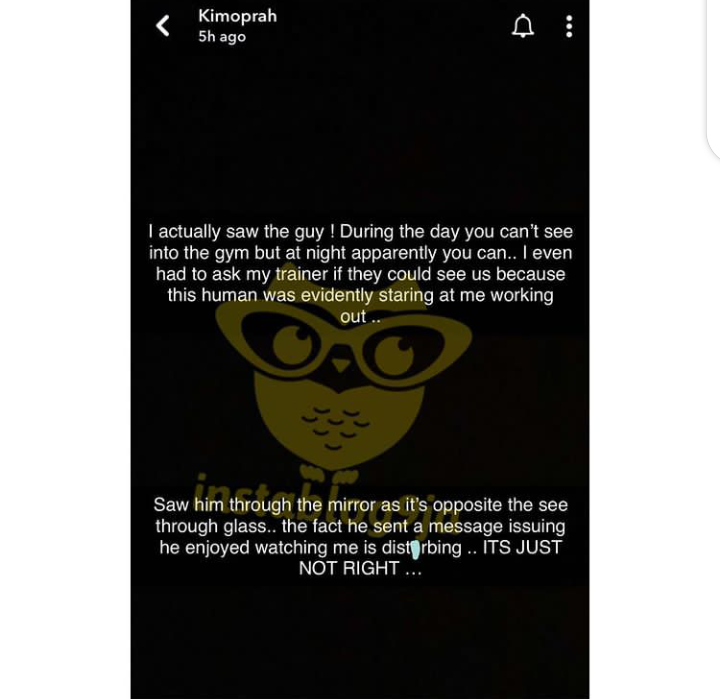 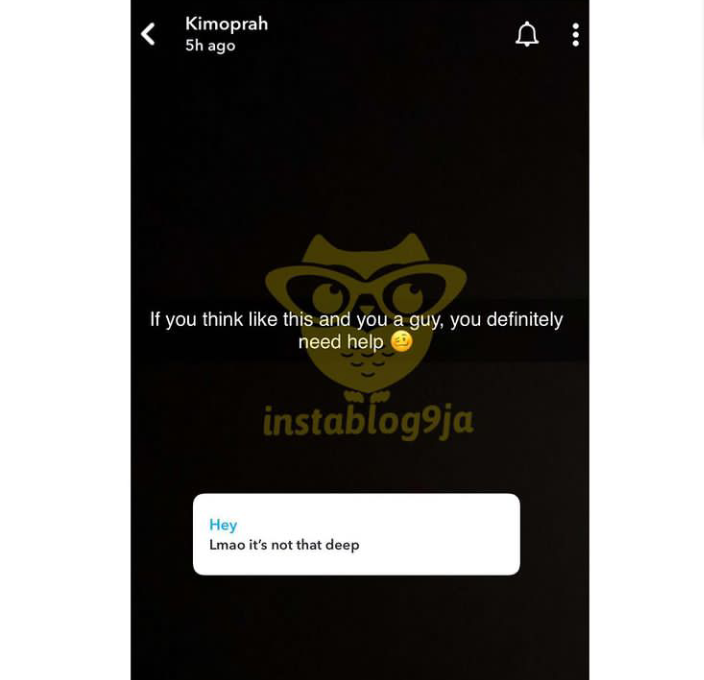 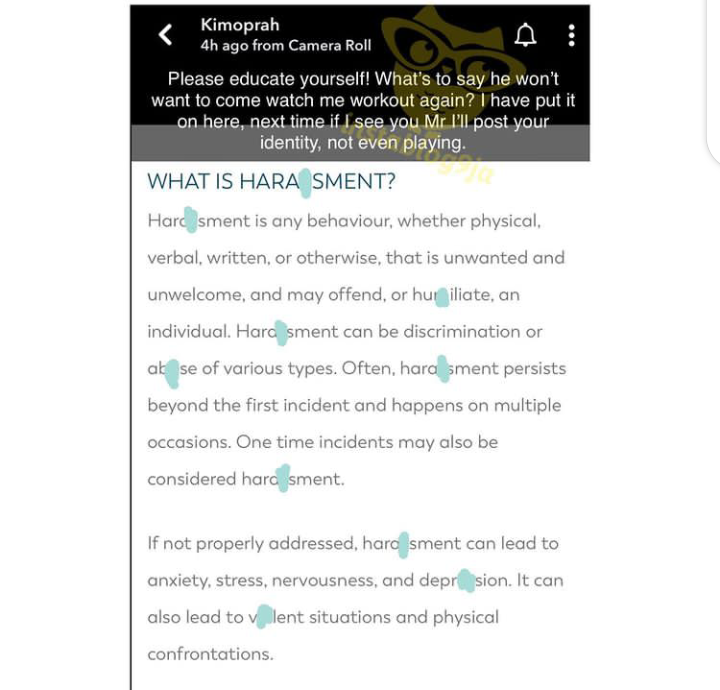 Video of Yul Edochie’s daughter and a boy stirs reactions