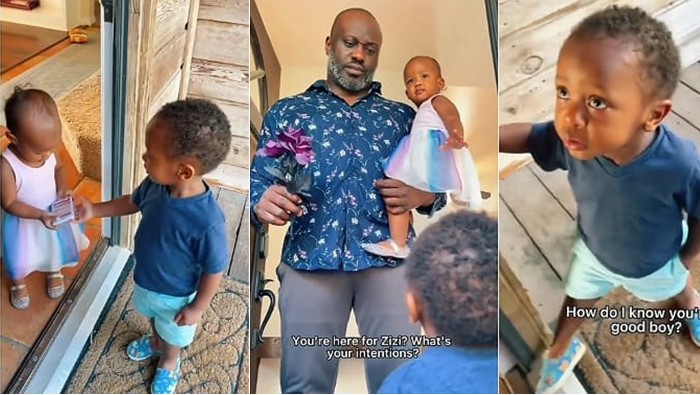 A video making the rounds on social media captures the adorable moment a little kid met the father of his girlfriend for the first time. 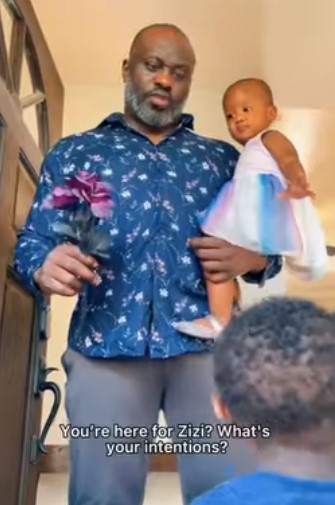 The little boy who visited his girlfriend’s house stunned her dad when he informed him that he intends to take her out for a date.

In the viral video shared online, the chap had knocked on the door which the dad opened, asking whether he came to see the little girl, identified as Zizi, to which the boy replied affirmative. 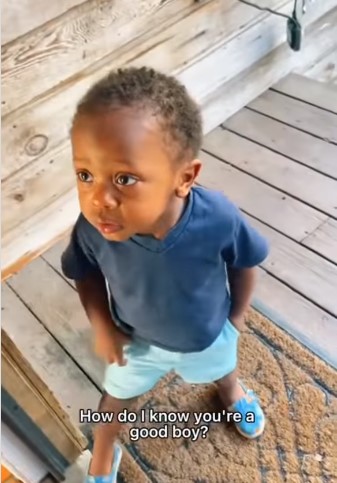 When Zizi’s dad asked why he believes he deserves taking her out, the little lad boldly stated that he’s a good boy.

“I can’t date anyone below my tax bracket”…

He went on to promise the father that he’d bring her back home on time.

A post shared by Your No.1 bridal gallery ❤ (@brightbeautifulandbridal)

“I have no excuses, I’m sorry” — 2Face pens heartfelt apology to Annie Idibia and others