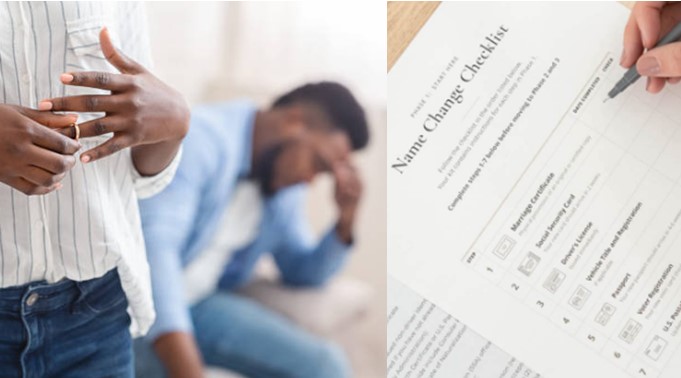 After two years of marriage, a guy reportedly filed for divorce from his wife due to a name change issue, which is normal anytime a woman marries. 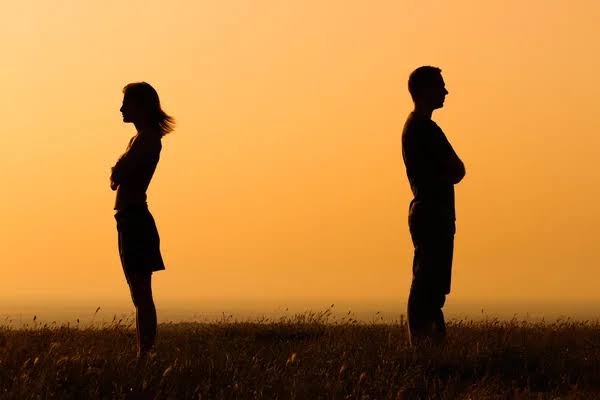 The man’s friend, Lyke Orji, wrote on Facebook about how the couple’s relationship had been troubled since the woman, who is reportedly well-known on social media, refused to use his last name.

The man claimed that his friend had requested his wife change her father’s name in all of her paperwork and social media accounts to his own, but she had refused.

He requested that she obtain an affidavit and alter her last name as well as her banking information, but she refused, claiming that doing so would damage her reputation because she had previously gone by her father’s name.

She refused to change her name despite the husband’s insistence, saying that she would rather dissolve the marriage.

Orji wrote: “So one of my friends just divorced the wife four days ago

A marriage of 2 years.

What was the issue? It was something Very little that matured and loyal minds could tackle.

He asked the Lady to edit her father’s name in all her handles to Their surname since they’re now married.

He asked her to get a court affidavit to change even her Bank details, and other stuffs relating to her that bore her father’s name

The lady refused on the grounds that it will ruin her followers, identity and other things and things..

Guy was calm, the Mr and Mrs so so so and so na for only Marriage certificate no other place.

The lady said she rather quit than changing her surname. This issue has been going on and on for two years

Dear ladies, do whatever that pleases

Dear Men, do whatever that pleases you, if I advice you ever Again, make I bend.

Welcome back to singlehood brother, let’s continue from where we stopped (Brostitution)”

When we met, he didn’t have a phone – Lady stays loyal to man till he becomes Benz owner (Video)