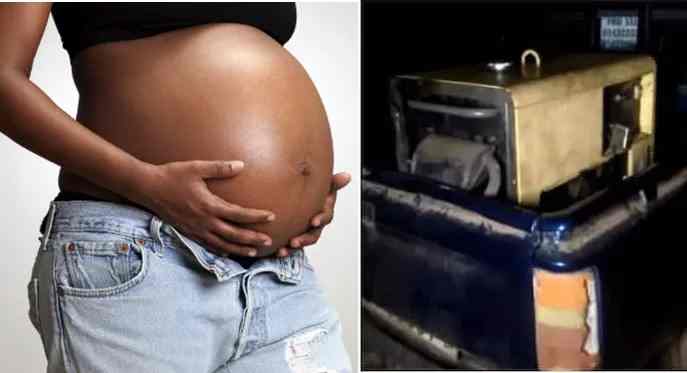 A man whose wife was in labour was forced to seek an alternative power source when the electric supply was cut short.

It was gathered that he took his pregnant wife to Somanya Polyclinic in Ghana when she was set to put to bed but unfortunately, power went out while medical personnel were attending to her.

The husband reportedly went home and brought his generator to power the hospital which is located in the Eastern Region where residents of Lower Manya and Yilo Krobo have been without electricity for several weeks.

According to sources, the incident at the health facility occurred on Wednesday, 17th of August, 2022.

Local media reports that some areas were plunged into darkness after the Electricity Company of Ghana (ECG) cut them off from the national grid.

Residents were said to have had an altercation with ECG staff over meter replacements as they resisted an exercise to install prepaid meters with postpaid ones.

In the viral video, a generator, powering the hospital, was seen in the back of a pickup truck while a man who was capturing the scene recounted what had happened.