Music is different from noise – Singer, T.I Blaze reacts after being compared to Portable 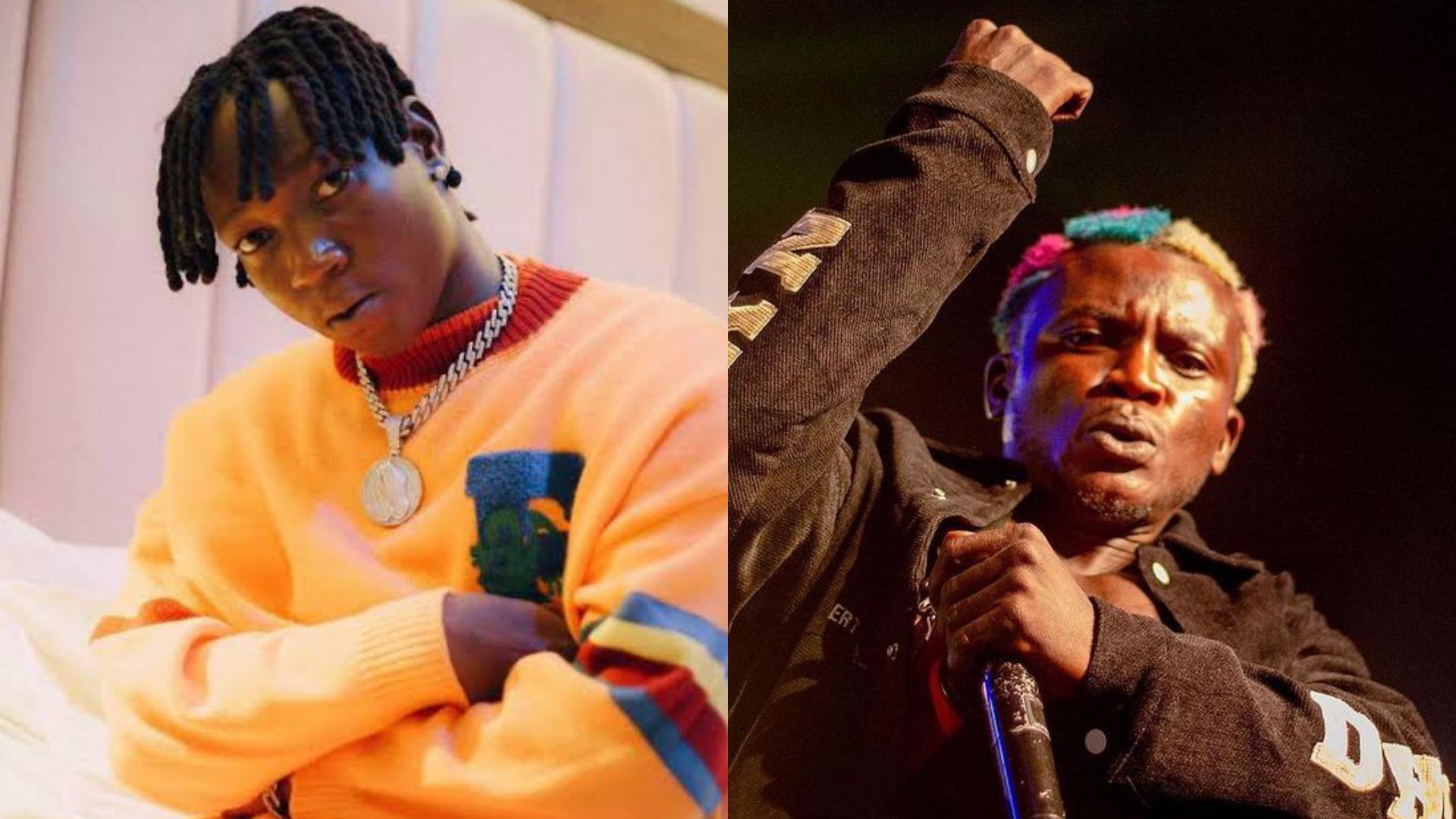 Popular singer and songwriter, T.I Blaze has said that there should be no comparisons made between him and Portable. 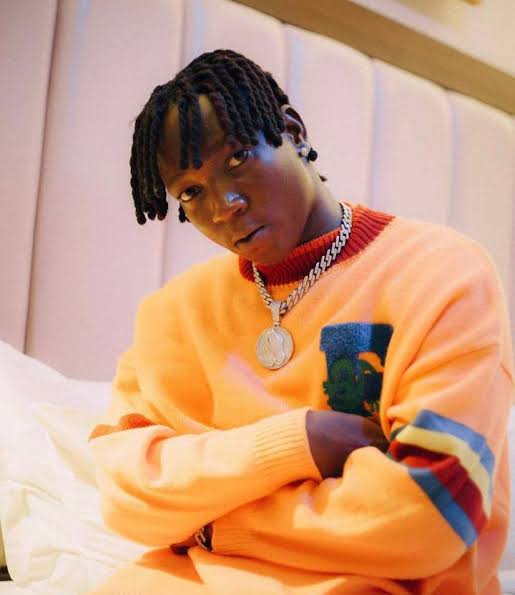 A social media user had taken to Twitter to query netizens in an attempt to find out which among the Canadian Loud crooner and the Zazuu singer Olamide would be more proud of supporting.

The music legend, Olamide, had brought both Blaze and portable to limelight when he featured in their songs. 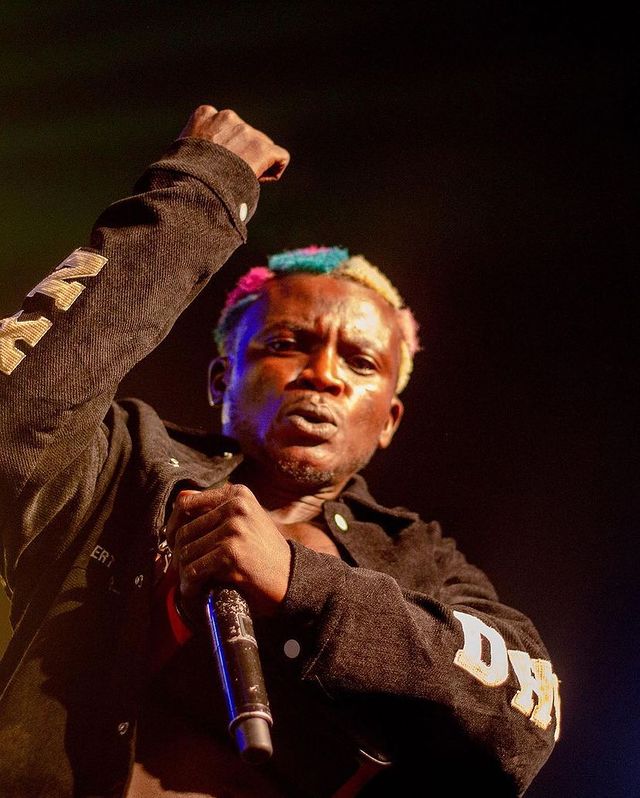 Reacting via his fan page, T.I Blaze, noted that music is different from making noise, insinuating that its just noisemaking Portable does.

“Music is different from noise, I don’t talk anyhow before I see anyhow result… Numbers don’t lie, I’m not comparable,” 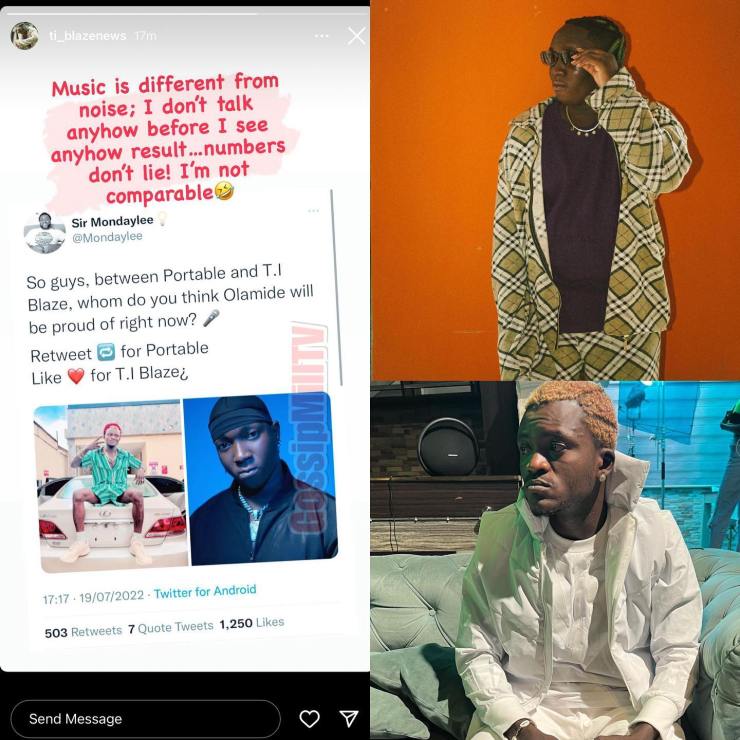