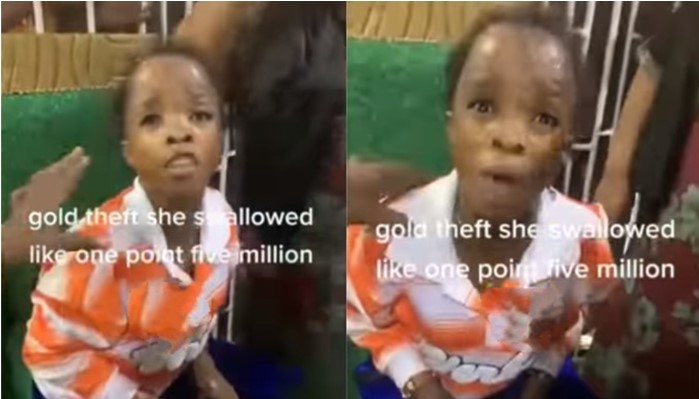 A Nigerian lady has been detained after she allegedly tried to flee after stealing gold jewelry from a retailer. 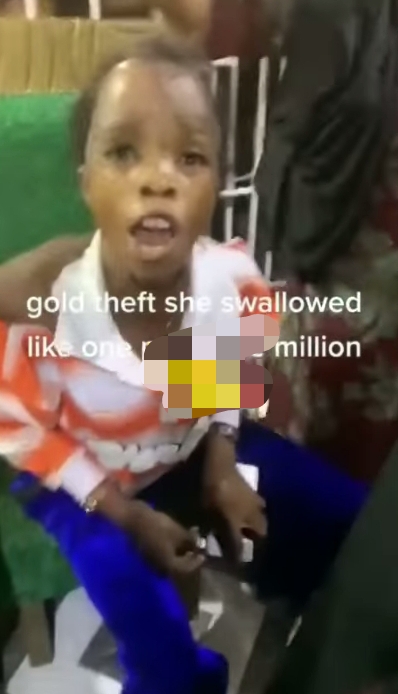 She allegedly stole jewelry worth N1.5 million, swallowed it, and planned to leave the store because she did not find anything she liked.

She was captured by the owners and employees of the shop, who subsequently humiliated her in front of the camera.

The suspect begged the shop owner in a video that is going viral online to not include her face in the recording.

The shoplifter was afraid of being humiliated and did not want her identity to be revealed by them on social media.

My husband came home with his oyibo side chic and sent me packing – Wife cries, narrates