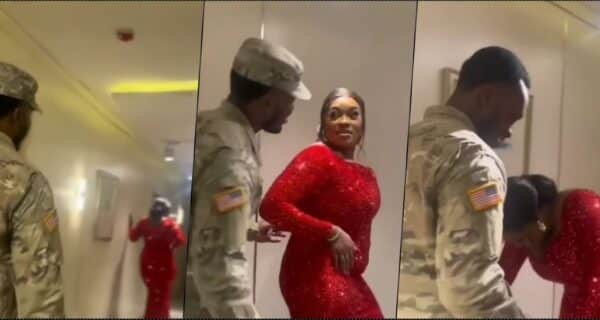 A Nigerian man serving in the United States Army has gone over and beyond to prove to his love to his fiancée. 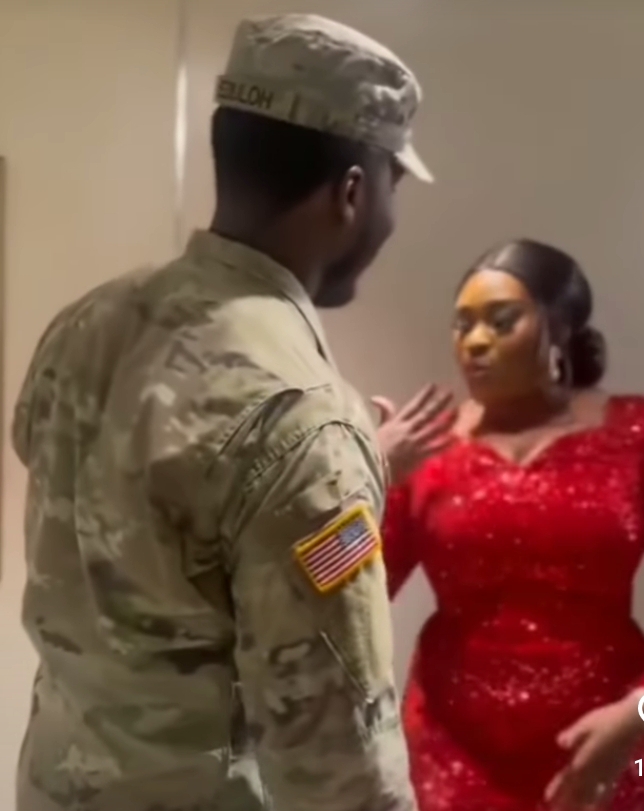 It was the soldier man’s birthday and to mark her birthday, he decided to fly thousands of miles to come surprise her during her birthday shoot.

In the viral video, the man, who appears to have headed for the Studio straight from the airport, was seen still wearing his military fatigue.

When he entered the building and sighted her, she had her back to him, taking pictures; he crept up behind her and tapped her on the shoulders.

When the fiancée saw him, the look on her face was one of totally disbelief as she rushed embraced him after she recovered from her shock.