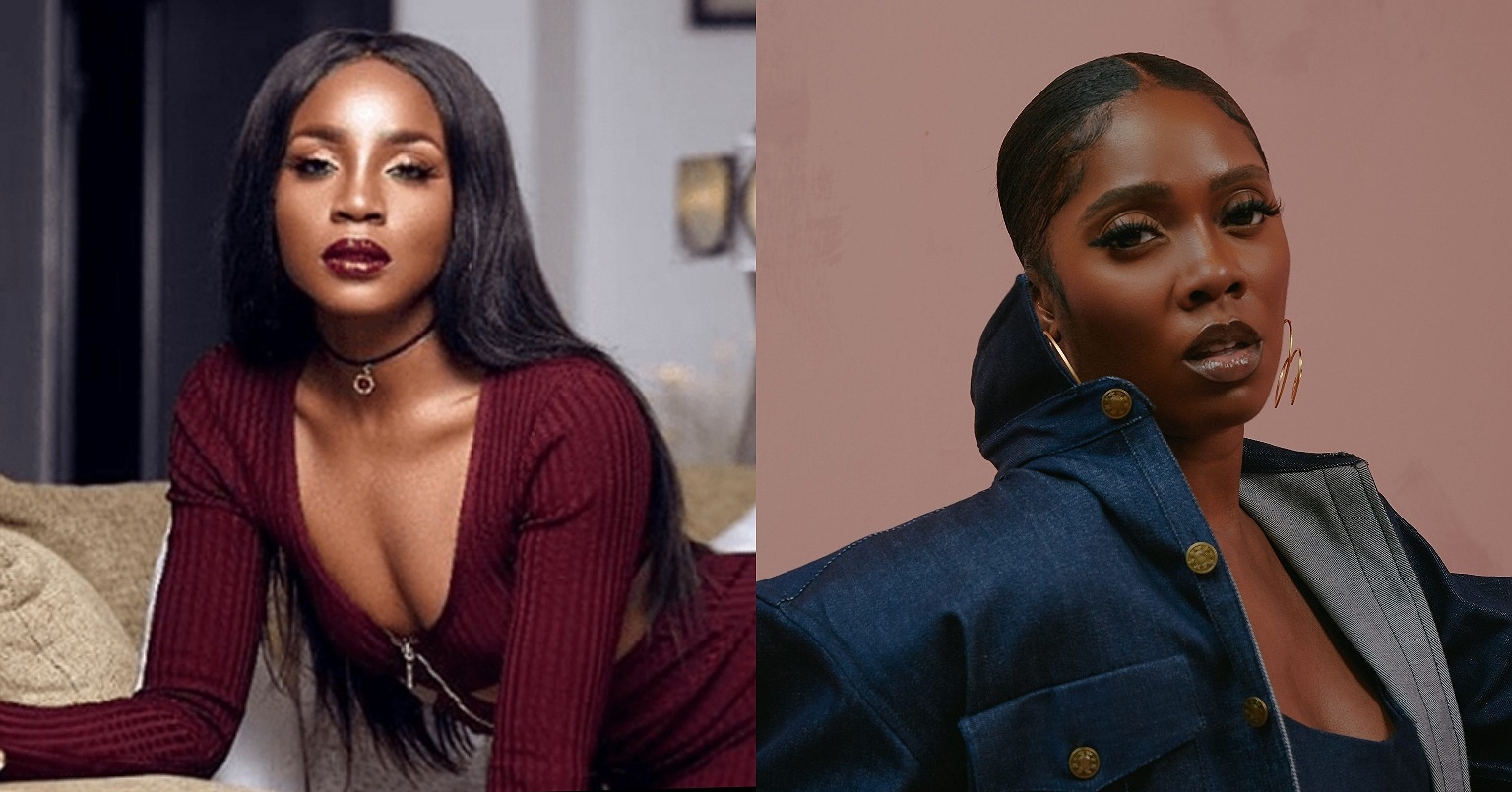 Sensational singer, Seyi Shay, who welcomed her daughter in April, has revealed her reaction to a curse she claimed her colleague Tiwa Savage placed on her during their messy fight.

Recall, in June 2021, the two singers had a dirty showdown at a salon which saw them exchanging words, with Tiwa being held back from getting physical.

Seyi who expressed shock at the fact that Tiwa used her son’s life to swear that she had never done anything to her, claimed the singer said God will never give her a child because of her ‘bad spirit’.

Just recently, Seyi organised a question and answer session via her Instastory channel, and some fans used the opportunity to satisfy their curiosity on the messy fight.

“WHEN YOU GAVE BIRTH DID YOU LAUGH AT TIWA SAVAGE AND THAT STUPID CURSE SHE PLACED ON YOU ABOUT NOT EXPERIENCING MOTHERHOOD?”

In response, Seyi said she did not laugh at Tiwa Savage instead she bowed in reverence to God.

“THE DEVIL IS A LIAR. WHOSE REPORT WILL YOU BELIEVE? I BELIEVE THE WORD OF THE MOST HIGH GOD. GOD IS FAITHFUL. I DID NOT LAUGH, I BOWED IN REVERENCE TO OLUWA. NEVER FORGET WETIN. HE SAYS ‘YES’ NOBODY CAN SAY NO.”