Since I born you, I no dey enjoy my wife – Man calls out little son 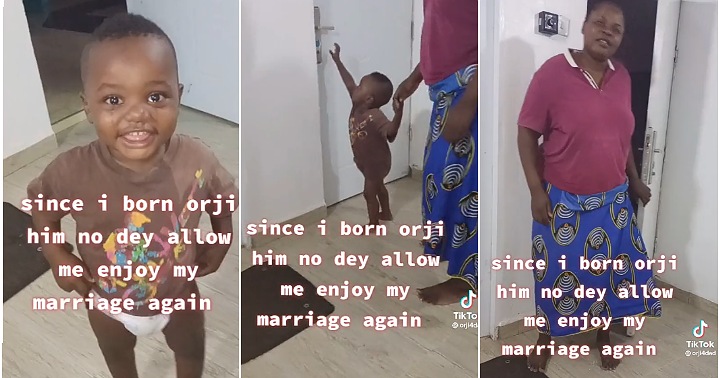 A hilarious video making rounds online shows a father yelling at his toddler for taking his wife away from him. 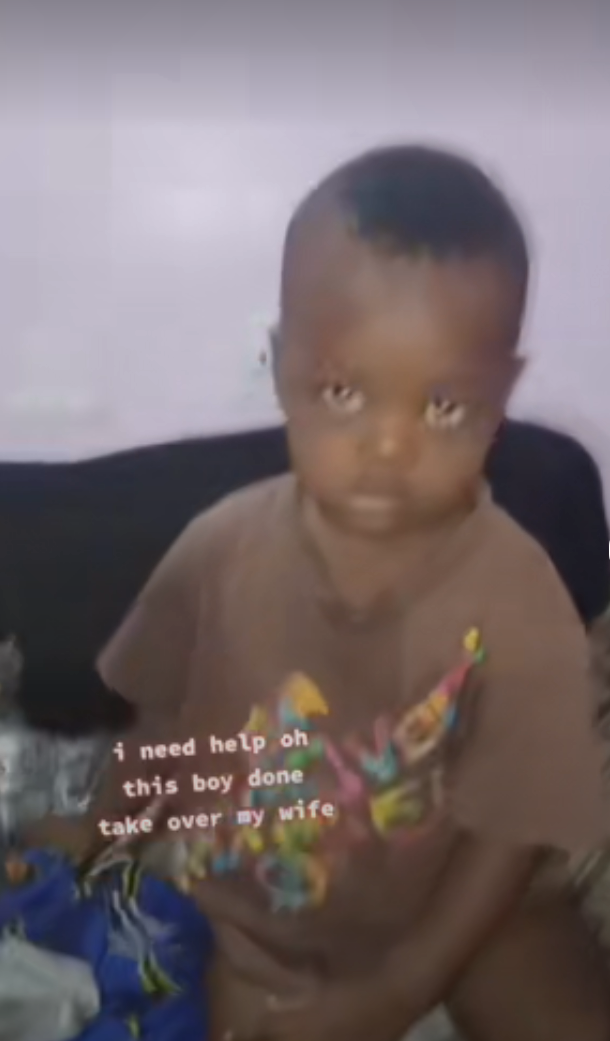 According to the father, ever since his son was born, he has succeeded in creating a distance between him and his wife.

The sad father told his son that he frustrates him with his clingyness to his wife because he needs some time alone with her.

Reacting to the post @naoberry_signature wrote:
“😂😂😂 exactly how my husband is beefing our son over who owns me😁 omo two of them don’t know that they driving me nuts🥺 but i love them 🥰”

@mmas_hair_secret wrote:
“let me just tell u something when he finally decides to leave ur house he will carry ur wife along so if I were u….. I will just accommodate him”

@olybest87 wrote:
“As you are chasing him out of his father’s house you will first go to your father’s house and meet your mom , pls allow the fine boy to sleep oooo😂😂”

@gnee_brides wrote:
“Oga, kamdan. He doesn’t want what happened behind him before to happen again and a third baby will appear. He sabi wet in him dey fear o. 😂”