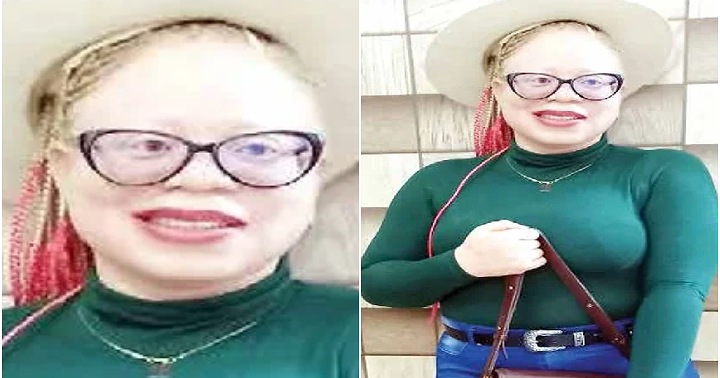 A lady with albinism identified as Chizaram Onyemaechi, has recounted her experiences during her childhood. The Abuja-based disability advocate, in an exclusive interview with Punch Newspaper, revealed that she hails from Umuahia Local Government Area of Abia State but was born and raised in Lagos.

According to the lady, she started taking note of the sad ordeal she faced in her childhood because people always tried to remind her that she is different.

When she was younger, she couldn’t go out to play with her age mates because she had difficulty in seeing objects which is at its peak during the day.

She was also warned that if she continued exposing her body to the sun, she might die of skin cancer as she lacked melanin.

She was asked about her relationship experience, where she revealed that most of the people that showed interest in her only want to have s*x with her.

She added that some of them even believed that if they sleep with her, they would be cured of diseases like HIV.

She further added that she used to be in a serious relationship in the past but her boyfriend left her after his friends mocked him that his girlfriend has albinism.

Singer, Teni gives away all 43 pairs of her sneakers