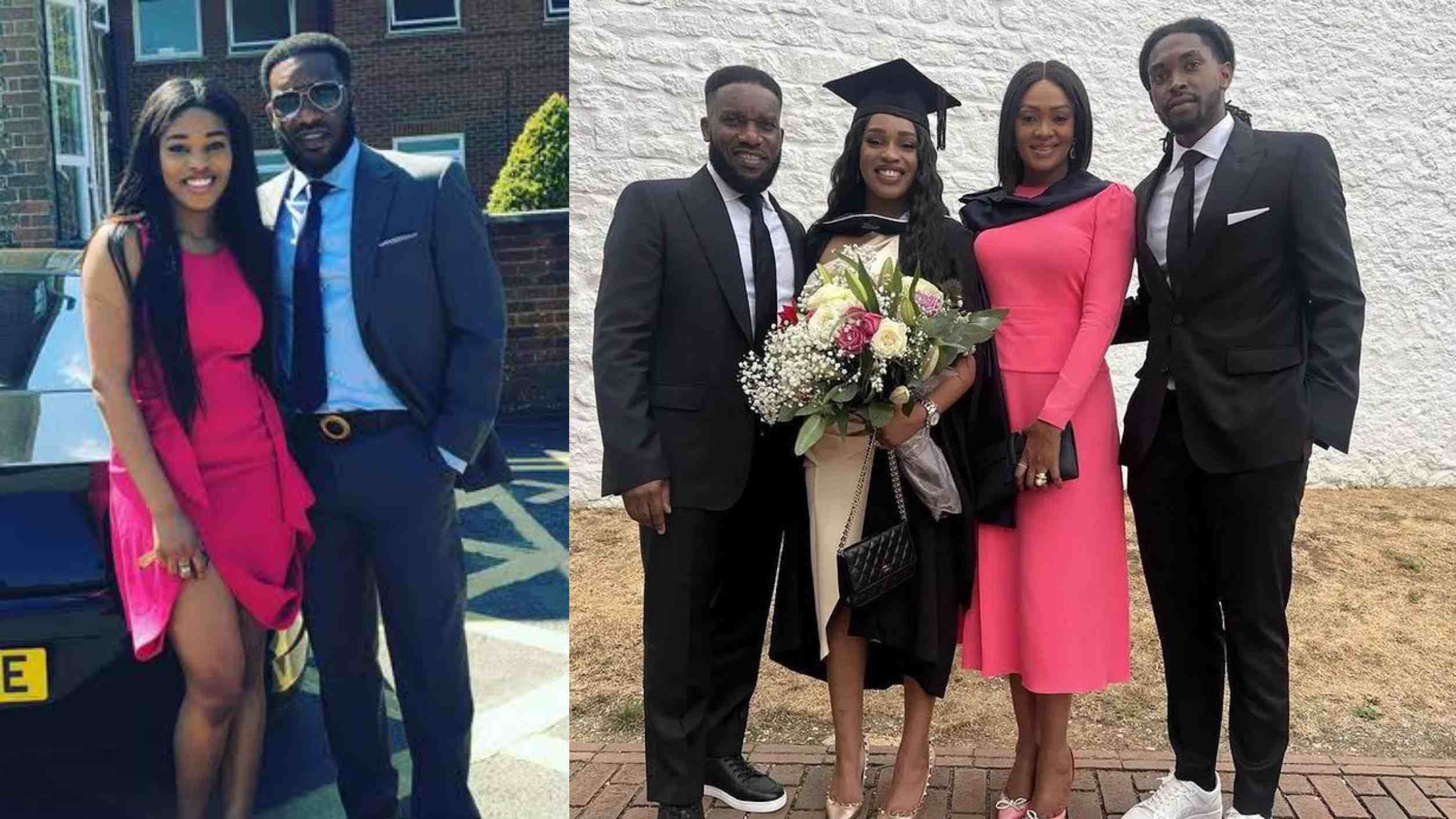 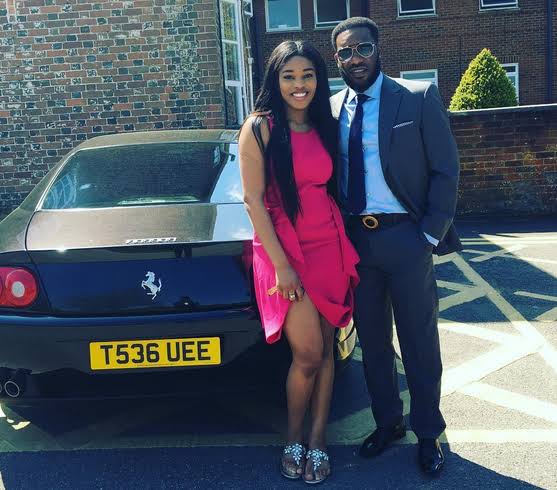 The former Super Eagles’ player and his wife, Nkechi stormed their daughter’s graduation to cheer her on her special day.

Expressing his excitement, he took to his social media page to eulogize his daughter and describe how proud he has made them.

“Congratulations to my darling daughter, we are so proud of you” 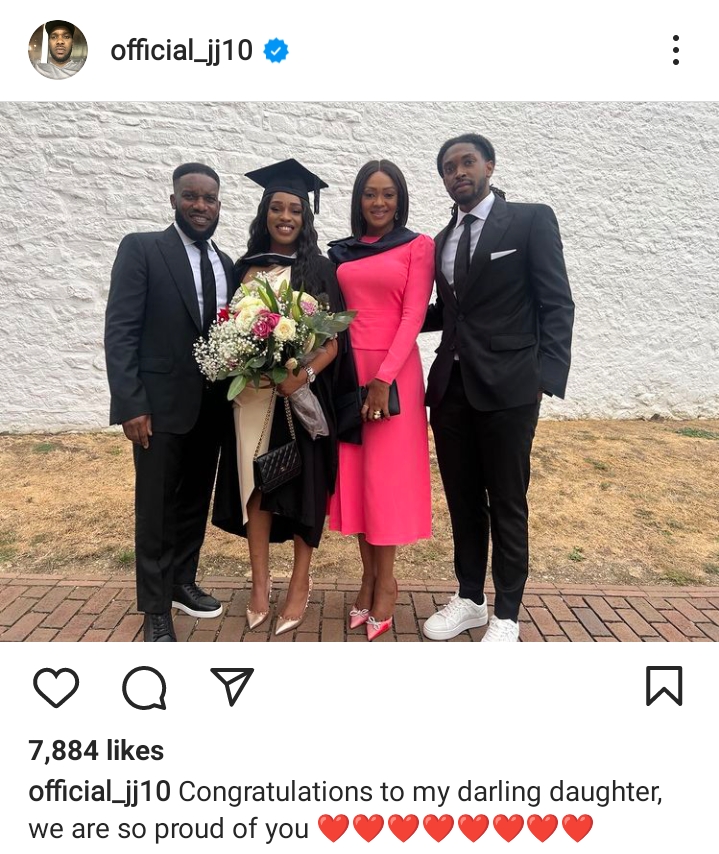 Daniella is the first child of the two kids Jay Jay Okocha had with his wife, Nkechi.

Fans and colleagues of the soccer star have flooded the comment section to celebrate with the family.

“I unknowingly rejected a rich guy who started dating my friend, I want him back” – Lady laments