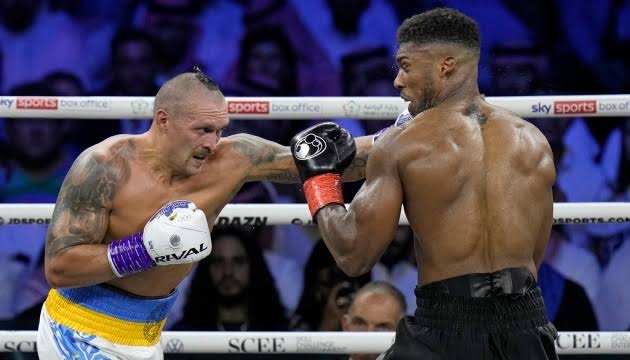 Oleksandr Usyk defeated Anthony Joshua in a 12-round split decision to retain the WBA, WBO, and IBF heavyweight titles.

Joshua at his heaviest for Klitschko clash

His 170 landed punches were most by an AJ opponent.

Usyk’s 39 landed in 10th were most by Joshua opponent.

In other news; A motorcycle rider aka Okada man, has been transformed after a talent hunter took a chance with him and used him as a model.

The fashion designer shared a video which showed the transition of the okada rider to becoming a dapper model that works with international agencies.

“I can go [email protected] in movies, my whole body is dedicated to my work” – Actress Angela Eguavoen

BBNaija: “Phyna is like a mother to me” — Groovy says as he makes move on Chomzy (Video)