The close interaction of a middleman in a proposal video between a young man and his lover sparks speculation.

A viral video shows a supposed fiance-to-be getting down on one knee to propose to his lover, who was in the arms of someone else. 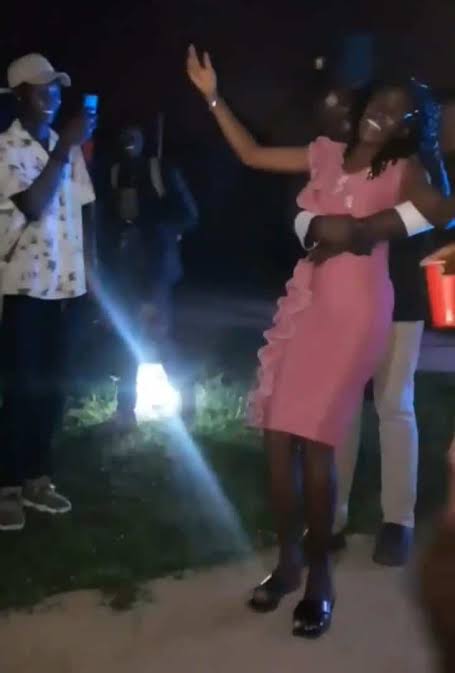 Reactions as lady accept a marriage proposal from her male…

The third party who hugged the lady stirred confusion over his unwillingness to let go; eventually joining in on a group hug with the couples.

“But wait oo..who be the boyfriend no 2..who is proposing and who is holding the proposed to be 😂😂 he even did group hug sef at the end..na wa oo 😂😂😂😂,” a social media user wrote.

Watch the video to learn more below;

See some reactions from social media users below; Big Brother Naija lovestruck housemate, Phyna, in tears as her boo, Groovy, gets moved to level 1