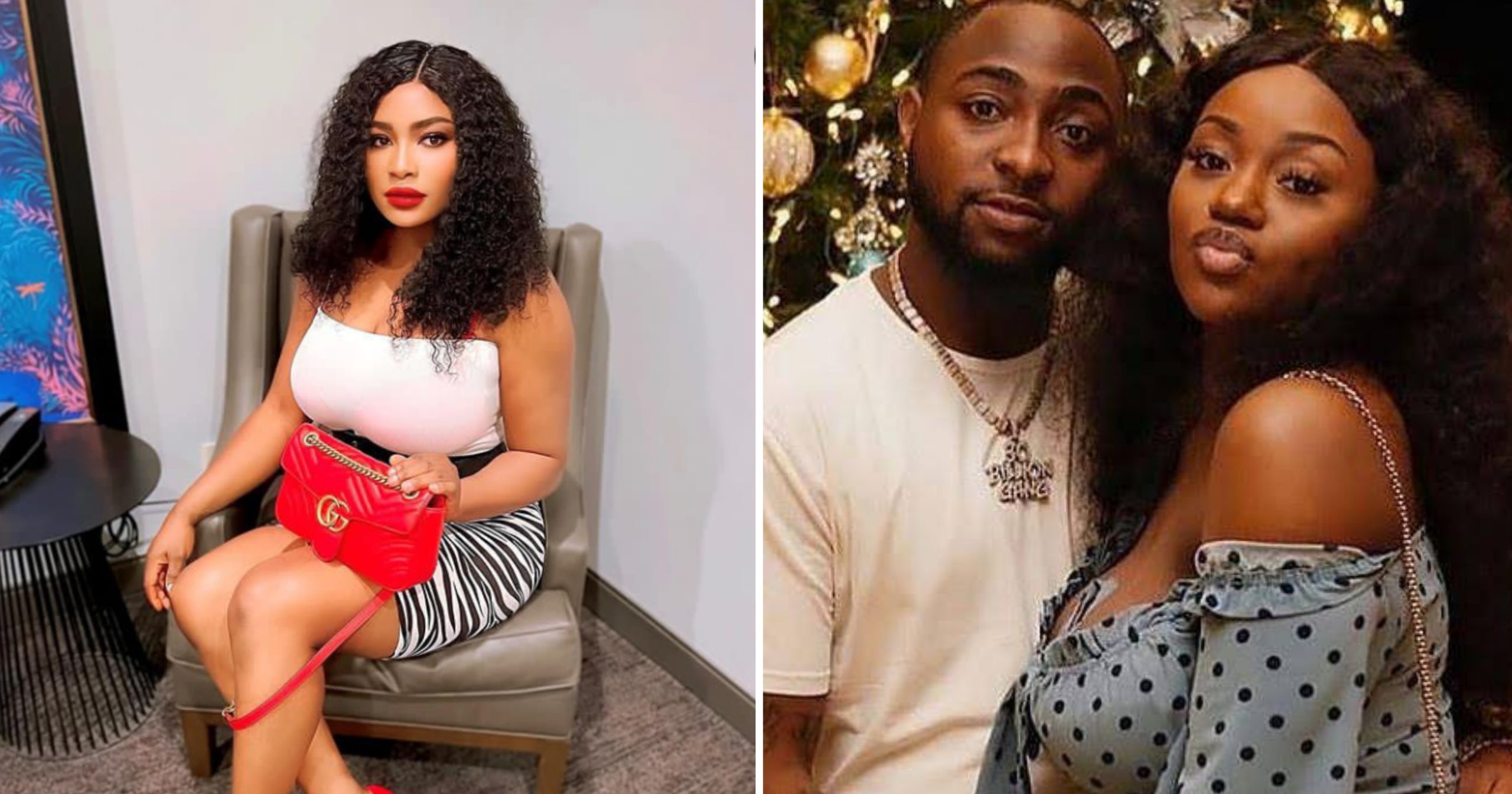 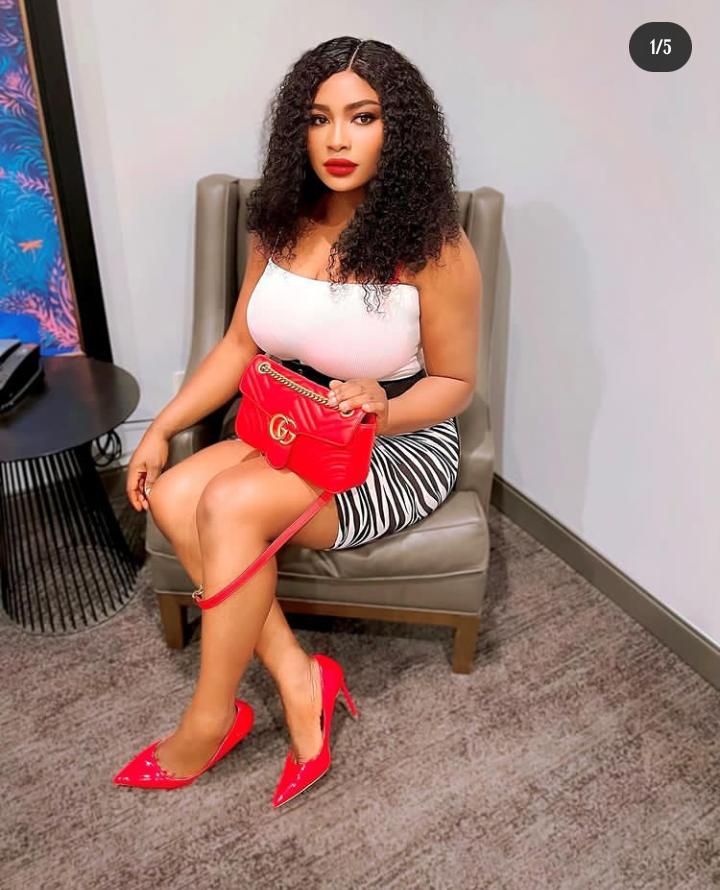 She made the claim in a post shared on her Instagram story, while wondering what would have happened if Chioma Rowland aka Chef Chi didn’t get pregnant for the musician. 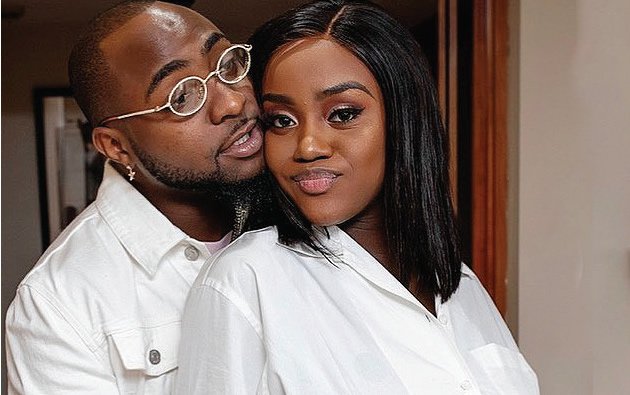 She asserted that Davido would have married her if she hadn’t gotten pregnant because of his public display of affection towards her. 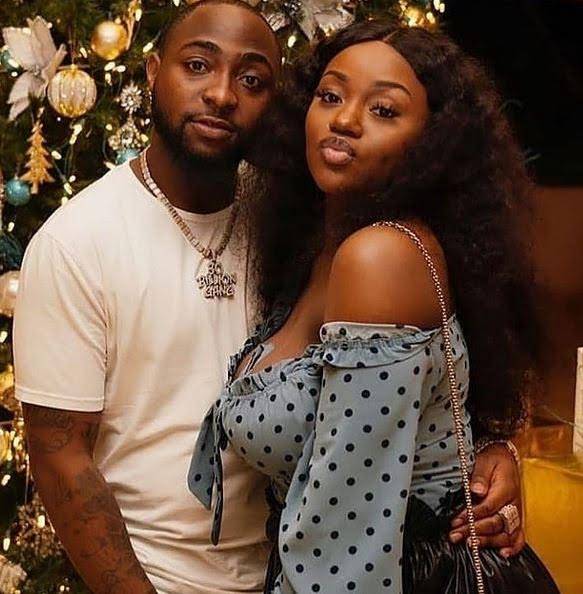 She also pleaded with Davido not to increase the number of his babymamas more than they already are.

She wrote:
“Who else is thinking what I’m thinking? After seeing Davido‘s 4th child, is high time we pray for his marriage.

My love for him is incomparable to another hence I tag him my BEST artist in the world.

Please Davido, no more baby mama, if you won’t settle with Chi who we’ve been praying for, we will be so happy for you to take your first love Sophia.

I don’t know who advised Chi to join the babymama table after the much love he showed publicly which we all saw clearly how he was ready to marry her.

Not getting pregnant in the midst of that hot love would have made them end up together by now, you know when e dey hot hot.

I feel so bad for that situation each time they cross my mind. In all, a big congratulations on the new addition,” 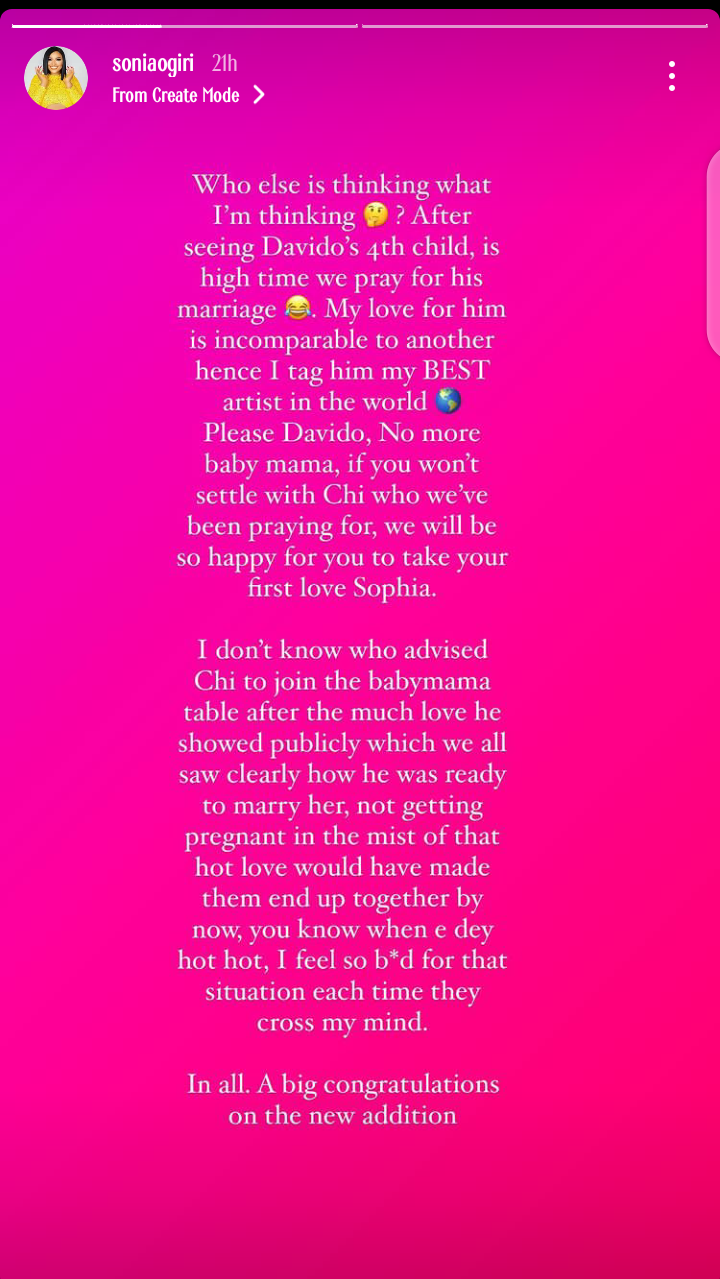