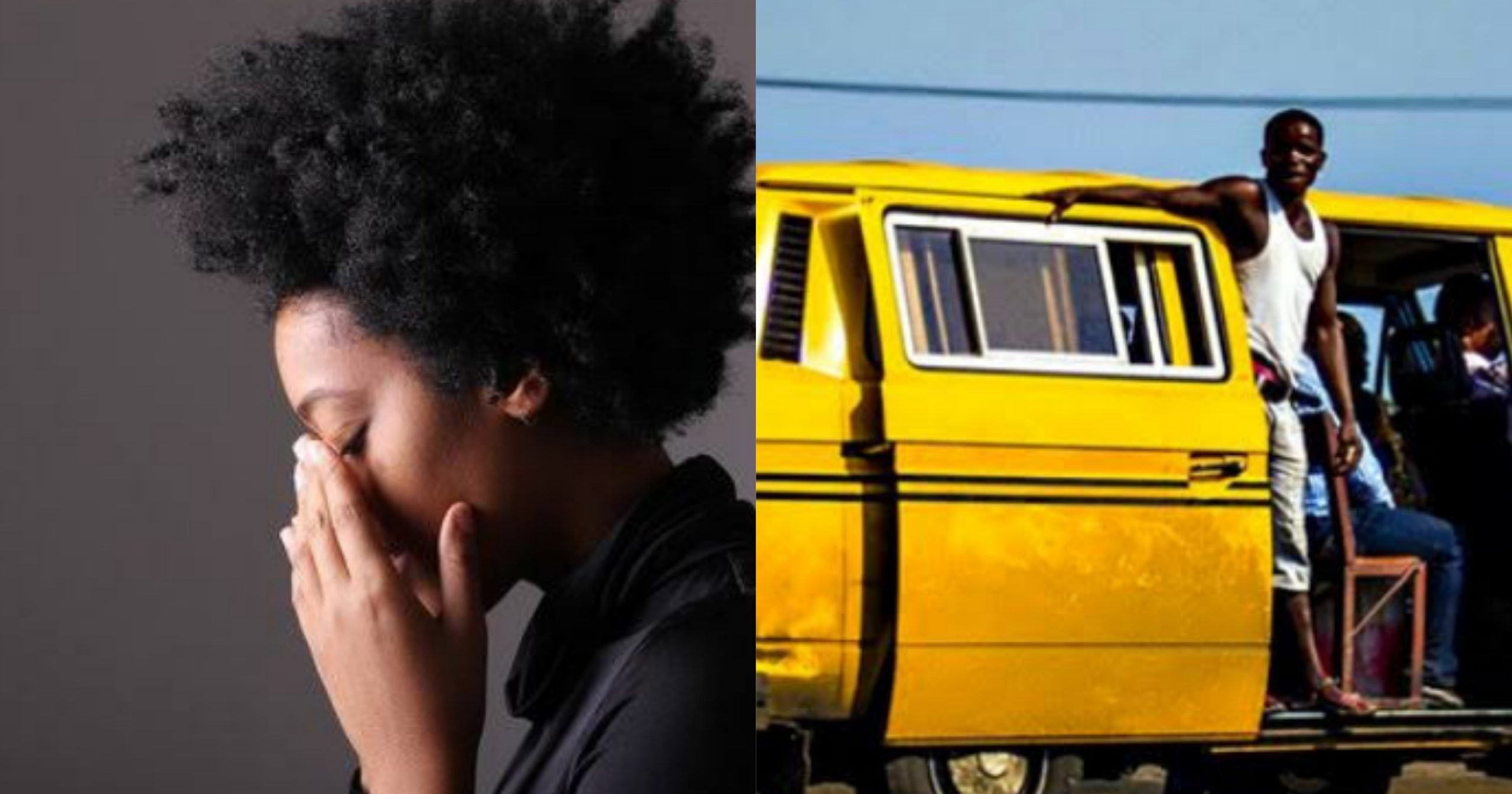 A Twitter user named Lolu has shared a story about how she escaped being lynched by the public.

She narrated the story while reacting to a Twitter user who complained about women who budget for only one seat in the bus but carry two or more children.

She narrated how she refused to carry a child on the bus and unknown to her, that was the best decision she could have ever made.

“One time, a woman pleaded with me to help lap one of her kids cos we was to alight at the same b/stop and i refused,she asked another woman and she agreed(even eyeing me sorta).

Long story short,we all got down from the bus and the child the woman helped with fell and died.

I was so scared,like the kid was literally lying there lifeless and for no reason,omo they held the woman o(the one that helped)and she was beaten so bad😭,the mother claimed she did something to her child and she was going to hold her responsible.

Omo since that day,infact carry five kids i can never help you o,if you like say i’m wicked i agree,cos that woman prolly helped innocently and see what happened. It left a kind of trauma for me cl.” 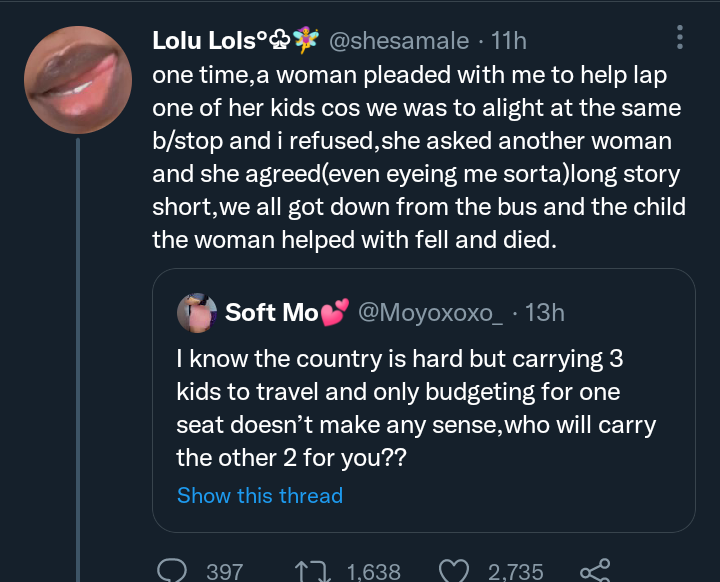