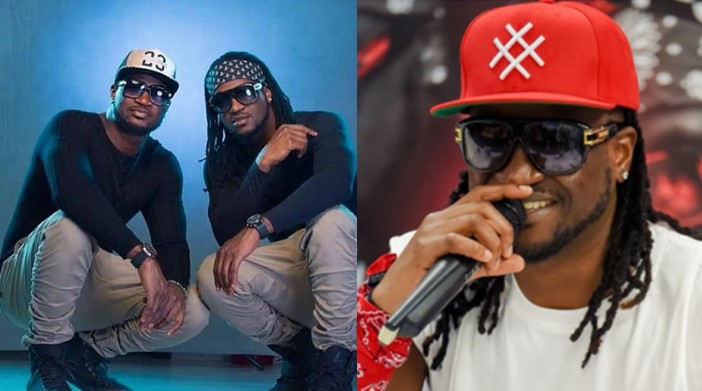 Paul ‘Rudeboy’ Okoye, a Nigerian singer, has confirmed that he and his twin brother, Peter Okoye of PSquare fame, have reconciled for good.

He made the remark while being interviewed by media personality Maria Okan about their half-decade separation.

TheinfoNG recalls that the siblings reunited in December 2021 after being apart for six years and a video capturing the heartwarming moment went viral.

“Celebrities with no sense” – Delta Police PRO wipes the…

Paul was asked why they kept malice for that long and he responded that it was the Devil that caused it all.

The father of three then stated that PSquare is back 100 percent and they have put the Devil to shame.

“Why was PSquare not on talking terms for 6 years. What happened?”

In other news, Nigerian singer and songwriter, Dammy Krane has revealed that he once paid for a video shoot for a song owned by Afrobeats star, Davido.

He made this known while responding to a fan who questioned him for calling out the DMW boss over unpaid debt.

“Is love by force?” — Reactions as Phyna imposes on Groovy to declare feelings for her (Video)