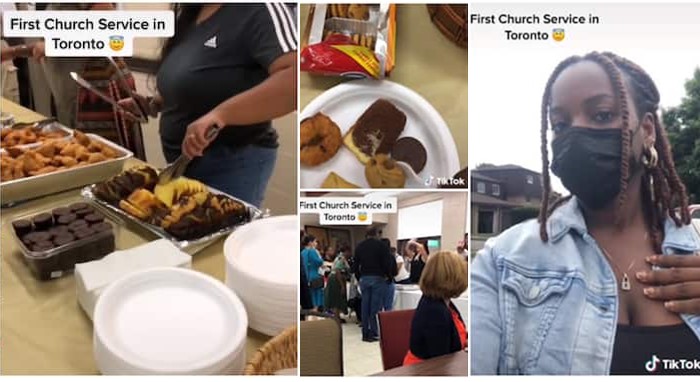 A young lady living overseas identified as Favour has talked about the pleasant culture-shock she had while attending a church session in Canada. 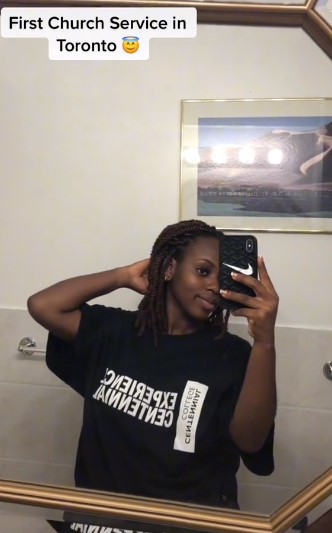 The young lady stated that it was her first time attending the church in Toronto and that she was astounded to discover that there was an abundance of free food.

Favour claimed that when she arrived at the site of New Life Church, she found it to be quiet and devoid of speakers erected outside, unlike churches in Nigeria. 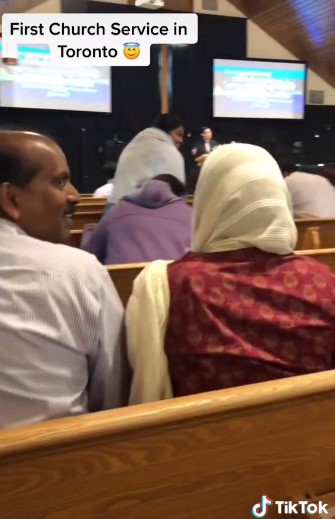 She described how they were instructed to go downstairs for fellowship after communion in a video that was shared online. However, she was unaware that the “fellowship” also included complimentary meals. 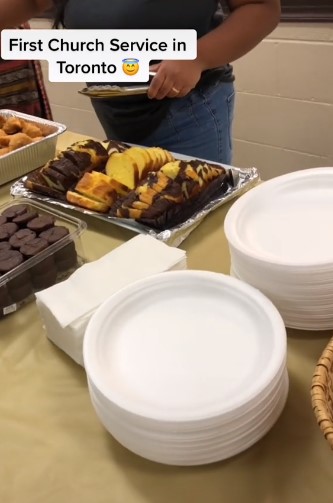 When Favour arrived at the lower deck, she was astounded to see a large table covered with various foods and appetizing snacks.

“I cannot contain my joy” – Mercy Chinwo responds to trolls who critiqued her, over social media “show-off”