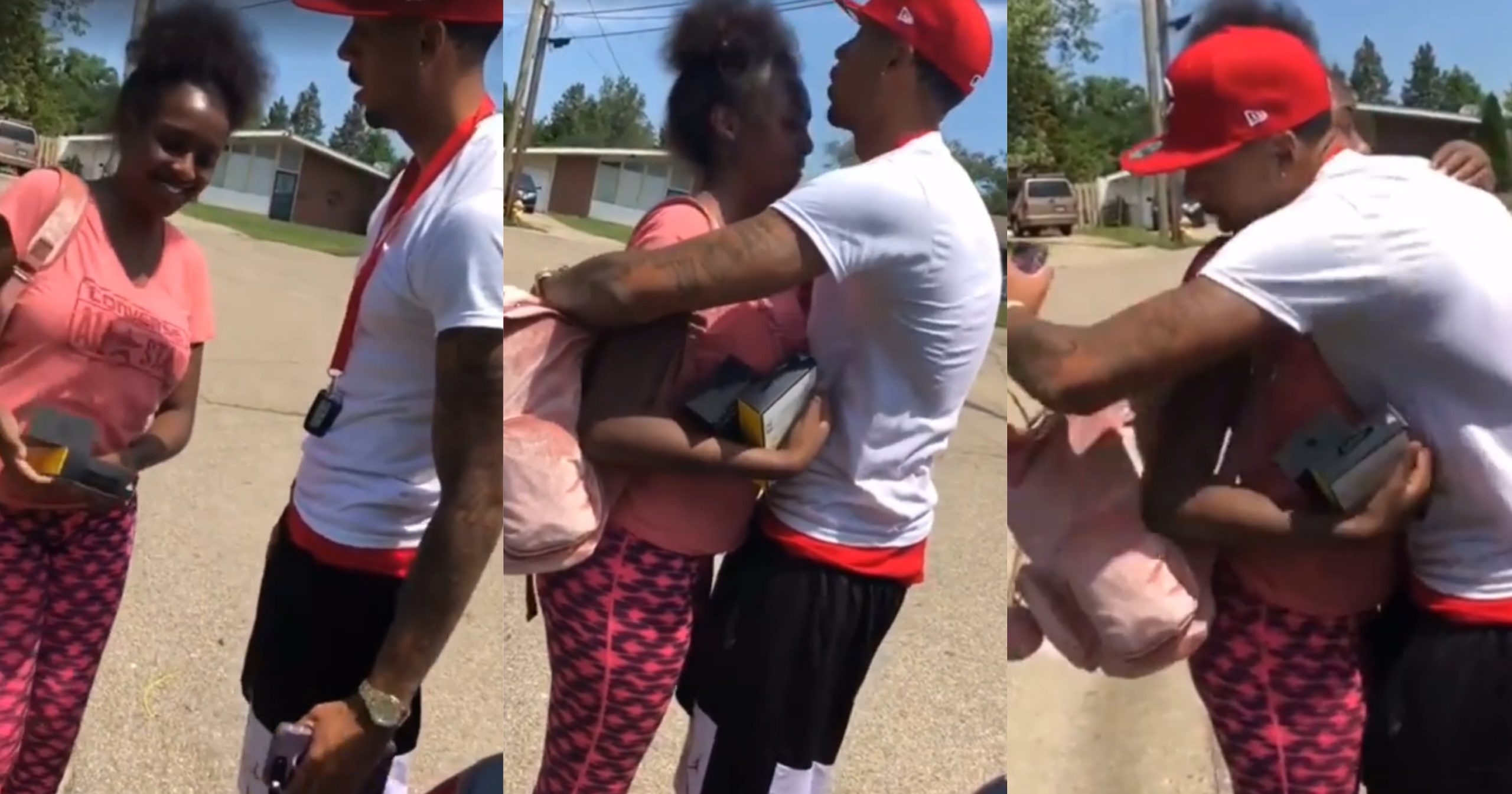 A Facebook user, Nico Freeman, recently posted an emotional video of a man sneaking to see his daughter.

According to him, the mother of the child would be annoyed if she saw him around so he had to park his car where he could easily leave just in case she comes in unannounced.

He brought some school supplies for his daughter and a brand new phone.

Mother dances joyfully as she receives house as Christmas…

Nigerian lady takes daughter to the river on her 5th…

The father asked his daughter to make sure to facetime him everyday and that he already had her phone number in case she needed anything.

The caption of the video read:

“Father sneaks to see his daughter because her mother wouldn’t let him. A real man is going to make a way to provide no matter what.”