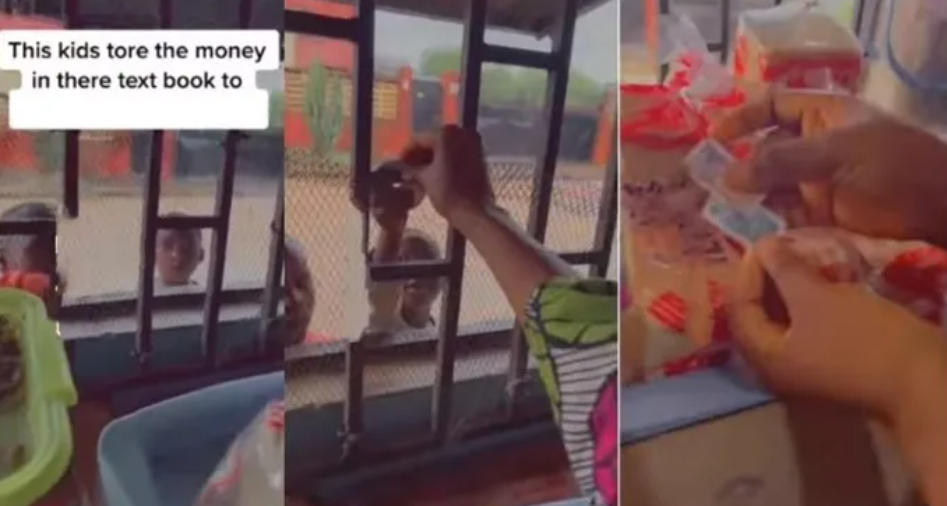 A hilarious video making the rounds online shows the moment a group of kids visited a shop to buy snacks with ‘paper money’.

They tore naira notes out of their school textbook and gave them to the shop owner as their payment for golden morn.

The kids who were two, did it with utmost seriousness but the seller found it hilarious after collecting the paper money.

In the video, people in the shop could be heard laughing and looking at the small piece of paper that the kids thought was money. It was even more surprising that the boys were asking for change.

The woman handed the ‘cash’ back to them because it was not real money.

“Lucky, I don carry your picture go shrine” – Lady informs ex-boyfriend after he dumped her (Video)