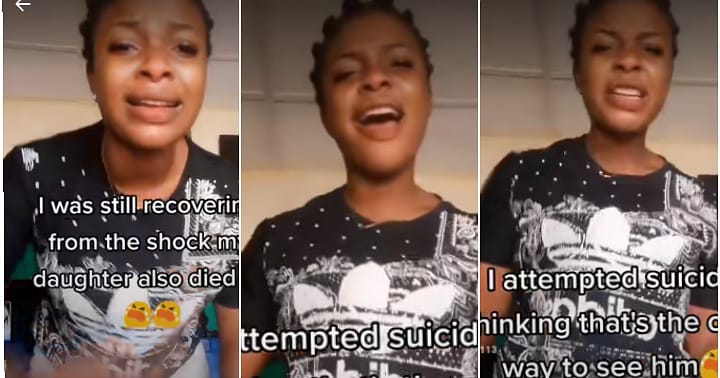 A tiktok user identified as Cendy113 has revealed how she survived depression after losing her young son.

She narrated how she lost her 7-year-old son and wanted to take her own life before her parents came to the rescue.

While dealing with the loss, she got hit by another blow. She lost her daughter as well. It must have been very difficult for her but she overcame.

“I lost my 7 yrs old son in October 2021. I attempted suicide thinking that’s the only way to see him. My family took me thinking that’s will be better. I was still recovering from the shock my daughter also died. Then I remember we all going the same place someday we pray not to die young.”

Lady robbed by man who toasted her at a supermarket

“Stop investing your life into these women, they do not appreciate men who build them” – Solomon Buchi advises men